People Should Know That Failure of Mediation in “Mahabharata” Led to Disastrous Consequences: CJI NV Ramana 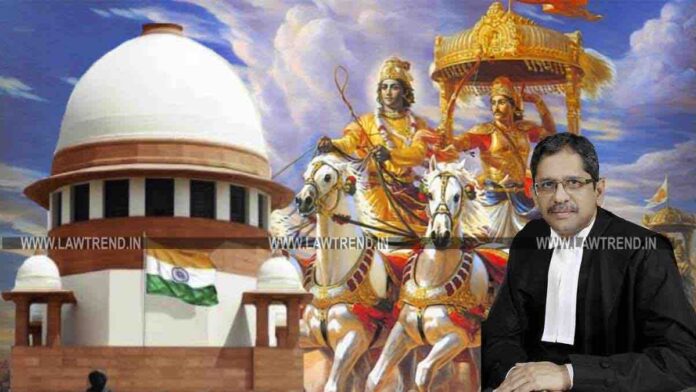 On Saturday, the Chief Justice of India NV Ramana, stated that Mediation IS deeply embedded in Indian ethos and was prevalent in India before British arrival and remarked how the Indian epic Mahabharata was an early attempt at Mediation.

These comments were made when the CJI was delivering the keynote address at the India-Singapore Mediation Summit. He further stated that several Asian countries had a long and rich tradition of settling disputes amicably.

He also stated that people should keep in mind that failure of Mediation in Mahabharata had led to disastrous consequences.

The CJI expressed displeasure about the projected statistics showcased pending cases in Indian courts and stated how such evaluation was inaccurate. He also stressed how mediators should go regular training as the role has now evolved from that of a passive facilitator to that of advisory participation.

Another issue that the CJI highlighted was the mediator’s role when parties involved were at different economic footing. As per the CJI, you can call this the mediators’ modern dilemma because when one party was politically and economically better, the settlement is sometimes unjust to the other party. He further stated that India has a diverse fabric where substantive equality must be upheld even in Mediation.

According to the CJI, his objective was not to discourage Mediation but to make it more meaningful and robust. The CJI stated that continuous and in-depth training of mediators was needed.