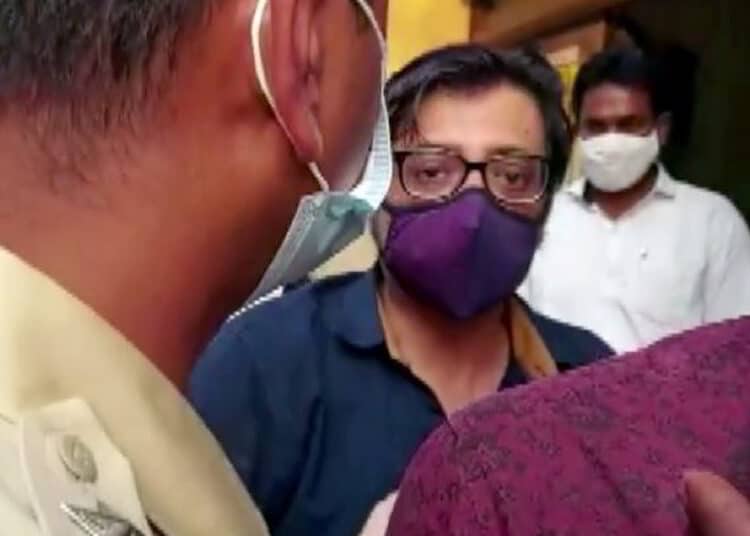 1.2k
SHARES
3.6k
VIEWS
Share on FacebookShare on TwitterShare via WhatsappShare via EmailPinterest

On Saturday(07.11.2020), the High Court of Bombay reserved its order in the Habeas Corpus plea filed by Mr Arnab Goswami in case of abetment to suicide because of which he is currently in judicial custody.

Hon’ble Court refused to grant interim relief to Arnab Goswami, noting that its order should not be interpreted as an impediment to journalists to go to the Sessions Court for bail u/s 439 of CrPc.

The Bench also held that if such lower Court is approached for bail, then the Court should decide the matter within four days.

Arguments raised before the Court

Senior Counsel Amit Desai who appeared for the State of Maharashtra argued that the applicant had the remedy of approaching the Trial Court and the hierarchy of the courts should not be disrupted unless in extraordinary circumstances.

He further argued that proper procedure was followed by the authorities to restart the investigation.

Counsel for co-accused Nitesh Sharda urged the Court to release his client. Counsel for Feroze Shaik made a similar argument.

Senior Counsel Shirish Gupte who appeared on behalf of the informant Akshata Naik, raised questions about the urgency behind giving Mr Goswami three days of the hearing. He further argued that harm could come to the deceased’s family if Mr Goswami is released.

After hearing all the sides, the Court opined that they cannot pass an order immediately and will need to consider the submissions and compilations made by all the parties.

The Court reserved its order, and the parties were granted four weeks to submit their replies.

Bombay High Court is going to close for Diwali Holiday. Now this means Mr. Goswami has to remain in Jail till the Bombay High Court Orders his release orhe has to move an application before the Sessions Court for Regular, which will too take time.

The Bombay High Court has rejected the Bail Plea of Arnab Goswami. The Court has not granted any interim relief to him. Now the Arnab Goswami has moved before the Session Judge for getting regular bail under Section 439 Cr.P.C.