Not the time to dissect Centre’s stand on COVID readiness and EC’s concern over sensationalism of the case: Madras HC 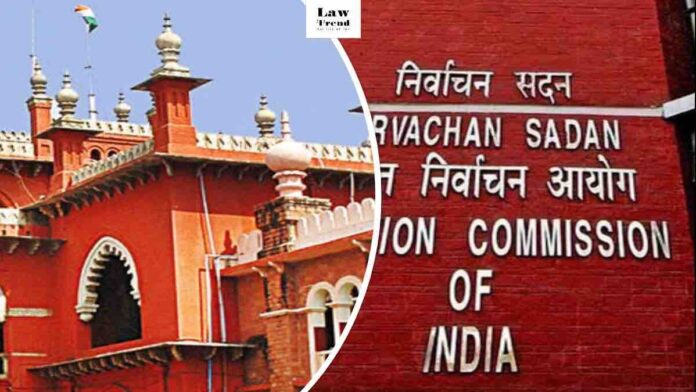 Today (Friday), when the High Court of Madras took up its petition regarding monitoring Covid-19 response in Tamil Nadu, Additional Solicitor General R Sankaranarayanan submitted that the Centre had taken necessary steps to address and face the Covid situation. He further stated that the curve was flattening in December, and in January, everything was fine.

He averred that in February, problems in Kerala and Maharashtra had started, and this when the surge in Coid-19 cases was noticed. He added that the Central government had issued instructions to Maharashtra, Kerala, Punjab and West Bengal to take urgent steps to combat the virus.

However, the Division bench didn’t consider the submissions mentioned above and asked the ASG to address the Court about augmenting drug supplies and vaccines.

Election Commission requested the Court to direct media not to sensationalise the case and that they( EC ) was tasked with the difficult job of conducting elections during the pandemic.

Counsel for EC submitted that the Court’s remark that EC was responsible for the current Covid situation and its officials should be booked for murder and led to FIRs being lodged against its officials.

Hon’ble Chief Justice replied that the Court would take care of all frivolous complaints.

In its daily order, the Court stated that two aspects could not be missed, 1) Centre’s stand that the rise in cases was unexpected and measures to tackle it was in place for quite some time. 2) EC’s concern regarding the sensationalism of the issue.

During the hearing, Hon’ble Court raised concern about the supply of medicines and drugs and how existing supplies could be increased.

The ASG submitted that he will inform the Court about the timeframe on supplies of essential commodities to the State and make it available by Monday.

On issues of vaccines, the Bench stated that no one should say that give me the vaccines, and it should be distributed pan India on an equitable basis.

The Bench urged the government to upload on the internet all relevant information like availability of oxygen, hospital beds and other relevant aspects so people would not panic.