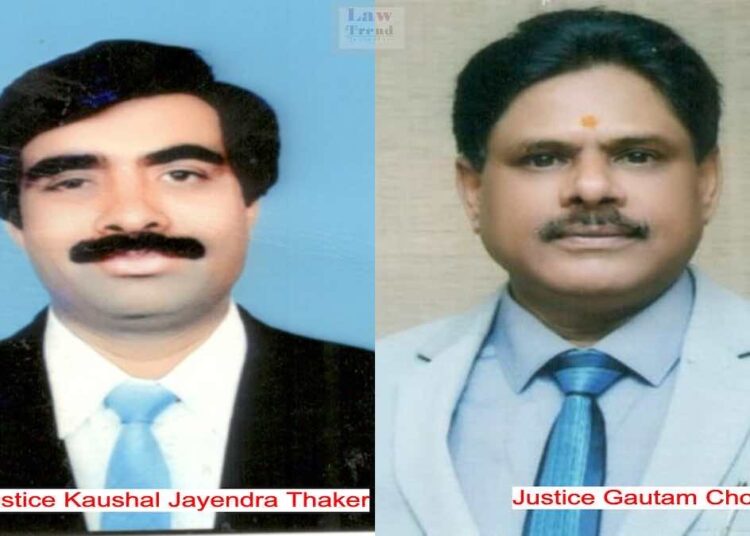 2.3k
SHARES
6.5k
VIEWS
Share on FacebookShare on TwitterShare via WhatsappShare via EmailPinterest

On Thursday the Allahabad High Court issued exhaustive directions to Police and State Government for strict compliance of Section 41-A of Code of Criminal Procedure. The Court has also issued directions for Magistrates and Session Judges to report to the High Court names of Police Officer who are habitual of arresting accused without following the law.

A Division Bench of Hon’ble Justice Dr. Kaushal Jayendra Thaker and Hon’ble Justice Gautam Chowdhary, while hearing a Petition seeking quashing of FIR under 498-A and Section 3/4 of Dowry Prohibition Act held that there should not be automatic arrest in 498-A Cases.

However, the petitioners alleged that respondent no.4 had fixed the marriage with ulterior and has threatened them that if they don’t pay him money, they will file false cases against them.

Arguments Before the Court

Counsel for the petitioner submitted that even though the offences that the petitioners are accused of are punishable with incarceration below seven years, the police of concerned police stations are regularly visiting the house of petitioners under the influence of respondents No. 4. It was further argued that as per Sections 204, S41(1)(b), S.41(1)(b)(ii)(e), S.41(a) of the Cr. PC, the police cannot arrest the petitioners without giving advance notice and without collecting credible evidence.

After going through the facts and evidence of the case, the Court explained various scenarios where the police can make an arrest and where they can’t.

The Court placed reliance on Social Action Forum for Manav Adhikar Vs. Union of India, Ministry of Law and Justice and others where the Supreme Court issued the following directions:-

The Court further opined that Section 41-A was incorporated of this purpose only that concerned who is not charged with a heinous crime does not require and whose custody is not required may not face arrest. But we are pained that this provision has not met this avoid purpose.

The Court has further issued following directions to all the Magistrates and Session Courts:

when accused alleged with offence punishable up to 7 years imprisonment are produced before them remands may be granted to accused only after the Magistrate satisfies himself that the application for remand by the police officer has been made in a bona fide manner and the reasons for seeking remand mentioned in the case diary are in accordance with the requirements of Section 41(I) (b) and 41 A Cr.P.C., and there is concrete material in existence to substantiate the ground mentioned for seeking remand.

Even where the accused himself surrenders or where investigation has been completed and the Magistrate needs to take the accused in judicial custody as provided under Section 170(I) and Section 41(I)(b)(ii)(e) Cr.P.C. prolonged imprisonment at this initial stage, where the accused has not been adjudged guilty may not be called for, and the Magistrate and Sessions Courts are to consider the bails expeditiously and not to mechanically refuse the same, especially in short sentence cases punishable with upto 7 years imprisonment unless the allegations are grave and there is any legal impediment in allowing the bail

The facility of releasing the accused on interim bail pending consideration of their regular bails may also be accorded by the Magistrates and Sessions Judges to appropriate cases.

The Magistrate may also furnish information to the Registrar of the High Court through the District Judge, in case he is satisfied that a particular police officer has been persistently arresting accused in cases punishable with upto 7 year terms, in a mechanical or mala fide and dishonest manner, in contravention of the requirements of sections 41(1)(b) and 41 A, and thereafter the matter may be placed by the Registrar in this case, so that appropriate directions may be issued to the DGP to take action against such errant police officer for his persistent default or this Court may initiate contempt proceedings against the defaulting police officer.

The Sessions District Judges should also be directed to impress upon the remand Magistrates not to routinely grant remand of accused to police officers seeking remand for accused if the preconditions for granting the remands mentioned in sections 41(1)(b) and 41 A Cr.P.C. are not disclosed in cases punishable with 7 year terms, or where the police officer appears to be seeking remand for an accused in a mala fide manner in the absence of concrete material.

After observing thus, the Court issued the following directions:-

The Court has directed that a copy of this order be sent to the DGP, U.P., Member Secretary, U.P. SLSA and District Judges in all districts of U.P. for compliance and communication to all the concerned judicial magistrates before whom the accused are produced for remand by the police officers within ten days.