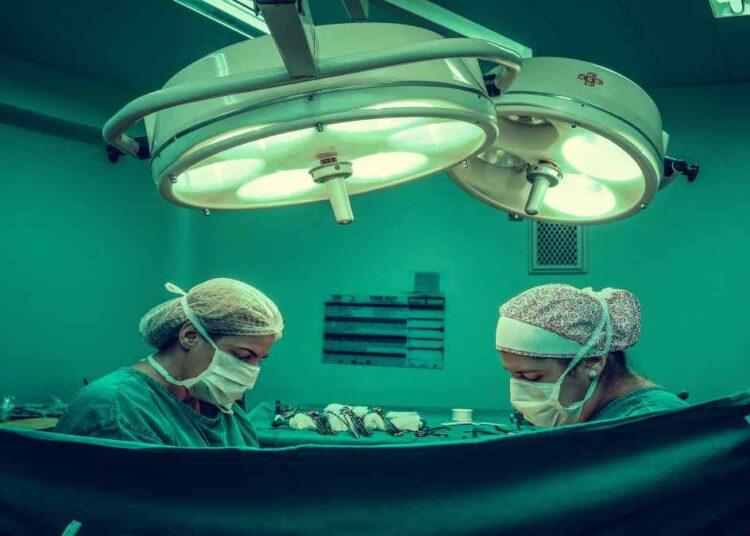 2.3k
SHARES
6.6k
VIEWS
Share on FacebookShare on TwitterShare via WhatsappShare via EmailPinterest

On 27th January 2021, the National Consumer Dispute Redressal Commission dismissed an appeal in a complaint of medical negligence.

In 2007, the petitioner (patient) approached a physician complaining of stomach pain. The physician advised for an abdomen scan which was thus performed on the patient by a Radiologist (Respondent1); the results of which showed retro-cecal appendicitis. Unsatisfied with the report, the physician advised to repeat the scans; upon which the report suggested appendicitis. However, the physician, still unsatisfied, referred the patient to a surgeon. After examination, the surgeon ordered another abdominal scan which was performed by a Scan & Diagnostic Centre (Respondent 2). This report showed the possibility of “subhepatic appendicitis”.

Based on the report, the surgeon, on 8th June 2007, operated on the petitioner, in which it was found that there was a chronic infection. The surgeon stated that the pain was caused due to an infection in the large intestine and the infected material was removed by surgery.

The patient thus alleged failure on part of the respondents, who negligently gave wrong reports due to which he had to undergo unnecessary surgery. The operation could have been avoided and the pain could be curtailed by medication. Due to the surgery, the patient suffered financially and physically and was also deprived of working to his fullest capacity. The patient thus filed a consumer complaint before the District Forum and claimed compensation of Rs.10 lakhs.

In 2010, the District Forum dismissed the complaint by stating that the reports were only suggestive in nature and non-confirmatory. Aggrieved by this, an appeal was filed in the State commission. The Tamil Nadu State Consumer Disputes Redressal Commission, Madurai in 2014 also dismissed the complaint made by the petitioner on the ground that he failed to prove negligence by proper medical literature or expert opinion.

Proceedings in the NCDRC:

Firstly the forum analyzed the reports made by the first and second respondents and the surgeon’s reviews. The Forum then referred to standardized text-books on surgery and concluded that several reasons for abdominal pain could be concluded. If clinical signs and reports do not lead to a definite diagnosis, a surgery to explore the issue is necessary.

On consideration of the treatment, sequence of events and from careful perusal of the surgeon’s prescription, it was important to note that the appendix was severely affected and the surgery was needed.        In the view of the forum, the operation was necessary to save the life of the patient. Thus, the allegation that surgery was unnecessary could not be sustained.

Referring to the Abdomen as a “Pandora’s Box” the commission stated that appendicular pain gives symptoms of referred pain. Through the reports suggested appendicitis, it was to be related clinically. The doctor will choose the line of treatment and in this case, a surgery was necessary. Thus, the standard practices were followed by the surgeon as well as the respondents in giving their adequate opinions on the report.

Hon’ble R.K. Agrawal, President and Hon’ble Dr. S.M. Kantikar, Member of the NCDRC upheld the decision of the state forum while also deeming it well-appraised and well-reasoned and the petition was thus dismissed.