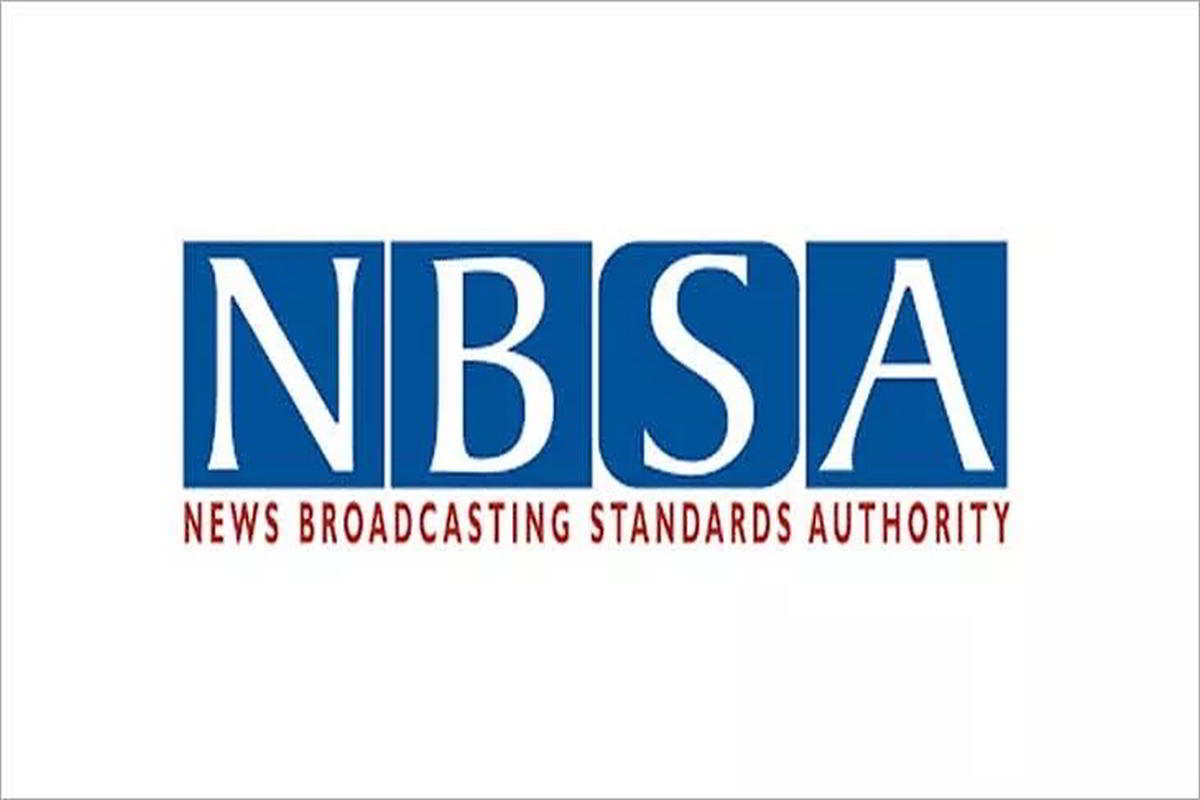 NBSA has also directed AAJ Tak to air an apology for the fake tweets attributed to Sushant Singh Rajput.

NBSA observed that freedom of speech and expression is treated as the most basic human right. It is also recognized as a fundamental right under Article 19(1)(a) of the Constitution of India. The Preamble of the Constitution, speaks of liberty of thought, expression, belief, faith and worship. It also says that India is a sovereign socialist, secular democratic republic In a democracy, liberty of thought and expression assumes cardinal value.

Though freedom of the press (or for that matter freed of media) has not been mentioned explicitly in Article 19(1)(a) of the Constitution, this is so recognized by the Supreme Court in various judgments describing it as the “ark of the covenant of democracy”. Whether it is electronic or print media, both exercise their right to freedom of speech.

Broadcasting is a means of communication, and is, therefore, a facet of freedom of speech. It is not only necessary to recognize this right in media, it is also to be appreciated that it is a valuable right which has come to be accepted as the most desirable form of governance of quality since it contributes to the healthy development of democracy.

The success of democracy depends on well-informed citizens who can articulate their opinions on the affairs of the State. At the same time, freedom of speech is not absolute. Whereas Article 19(1)(a) confers this right, Clause (2) of Article 19 also recognizes that “reasonable restrictions” on the said right can be imposed.

As per the said Clause, the State is entitled to make any law imposing reasonable restrictions on the exercise of this right in the interest of the sovereignty& integrity of India, friendly relations with foreign States, the security of the State, , public Order, decency or morality, or defamation , contempt of court etc.

In the complaints, the complainants stated that the media coverage of Sushant Singh Rajput suicide case was abhorrent, shameful, insensitive, anti-human rights, unprofessional and sensational. The press has been sensationalizing his suicide.

This is not new and happens to every high-profile case. This is a clear violation of the fundamental right of “Death with Dignity” of Sushant Singh Rajput. All this proves that the vultures of the media fraternity can go up to any extent just for their mere TRP gains.

The complainants also alleged that the channels are not only displaying such mean and derogatory headlines for Sushant Singh Rajput who has already left but also did not take into consideration how his father would have felt if he ever read those headlines which were dearly violative of Sushant’s right to die with dignity.

Further, the complainants stated that the broadcasters should follow the recommendations put forth by the WHO and the International Association for Suicide Prevention. The recommendations states that the media should educate people about suicide.

Media houses should cautiously report such cases with appropriate language, graphics and photographs.

The channels purportedly in the attempt to gamer TRPs in complete defiance of the journalistic ethics demonstrated lack of empathy while answering/telecasting the celebrated actor late Mr Sushant Singh Rajput’s death by suicide and had reported insensitively contrary to good taste.

NBSA decided that the broadcaster Aaj Tak be directed to air an Apology in view of the fact that it did not conduct the due diligence required prior to telecasting the tweets and attributing them to late Sushant Singh Rajput.

The text, date and time of the apology will be given to the broadcaster. Proof of compliance of telecast of the apology to be submitted on compact disc within seven days of the telecast.

NBSA also decided that a fine of Rs. 1,00,000/-(Rupees One Lakh only) be imposed on the broadcaster payable to NBA within 7 days of receipt of the Order.

It was clarified that any statement made by the parties in the proceedings before NBSA while responding to the complaint and putting forth their viewpoints, and any finding or observation by NBSA regarding the broadcasts, in its proceedings or in this Order, are only in the context of an examination as to whether there are any violations of any broadcasting standards and guidelines.

Removal of videos by all broadcasters

NBSA decided that the videos of the said programmes if hosted, on the website of the broadcasters, YouTube or other links should be removed immediately and confirmed to NBSA within seven days.