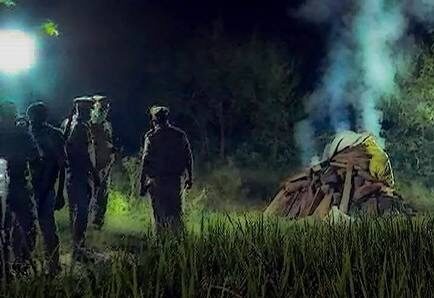 A Habeas Corpus Petition has been moved before the Allahabad High Court on behalf of the family of the Hathras Victim against illegal and wrongful detention by the Government of Uttar Pradesh.

The Habeas Corpus Petition has been filed by Akhil Bhartiya Valmiki Mahapanchayat on behalf of victim’s family, through Advocates Joun Abbas and Kashif Abbas Rizvi.

After hearing the arguments, the Allahabad High Court has reserved its Judgment on the aforesaid Habeas Corpus Petition.

The Petition alleges that the family member of Hathras Victim such has Father, Mother, Brothers, Sister in Law and Grandmother, have been detained by the Government in their homes.

Petition further alleges that ever since the details of this horrific incident has spread across the country, the Government is making every attempt to threaten, intimidate and pressurize the family members for giving false statements, so that the real perpetrators can go free.

It has further been submitted that the administration is preventing travel of other persons to the area by putting blockades, which is nothing but a violation of the Fundamental Rights of Citizens to free movement.

Further, the Petition alleges that earlier hathras victim’s family has been deprived of the body of the victim and locked in thier home and that position still continues.

It has been submitted that the actions of the authorities have caused the violation of protection guaranteed under Article 19(1)(a) of the Constitution, as the family of Hathras victim is not allowed to meet and communicate freely. The Petitioner has also alleged the actions of authorities also amounts to a violation of rights under the SC and ST (Prevention of Atrocities) Act, 1989.

The Affidavit of the Habeas Corpus Petition has been sworn by the National General Secretary of the Akhil Bharatiya Valmiki Mahapanchayat, who claimed that they had received instructions from the family over via Whatsapp.

It is to be reminded here that the Allahabad High Court ha already took sou moto cognizance of the matter and directed appearance of senior administration authorities and has also directed the District Judge Hathras to produce the family of the Hathras Victim before the Court on 12.10.2020. Read full story here.

Further the Supreme Court has taken cognizance of the matter on a Petition filed for Court Monitored Investigation. The Supreme Court observed its really shocking. The Court has directed the State Government to file an affidavit indicating the Witness Protection Plan. Read Here