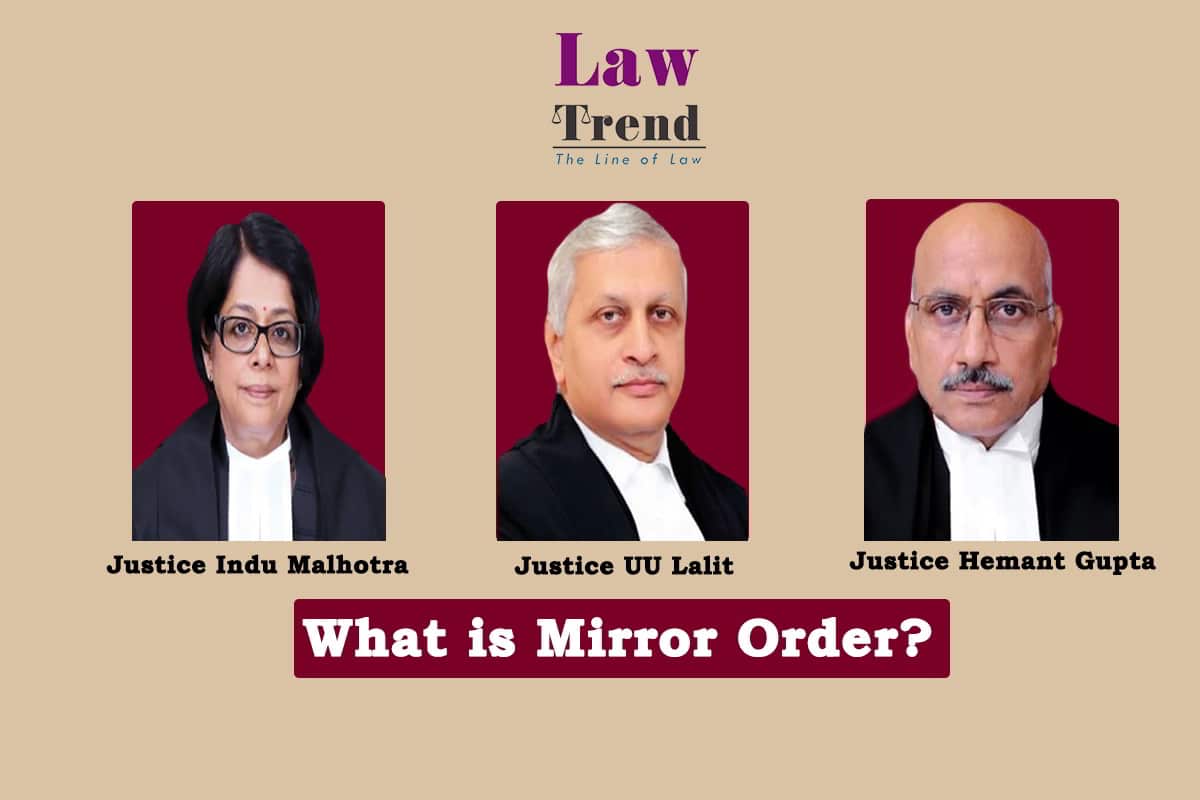 In the case of transnational custody of a child, the Supreme Court applied the concept of ‘Mirror Order’.

What exactly is a Mirror Order?

In some cases when a Court allows a child to shift to a foreign country, it may impose a condition that a parent who is in the jurisdiction of the foreign country should obtain a similar order from a competent Court of that foreign Country.

Such an order is called a mirror order. This procedure is undertaken to ensure that courts of the foreign Court also know about the case and ensure the protection of the child.

This concept of mirror order was recently used in Smriti Madan Kansagra vs Perry Kansagra, where a three-judge bench of the Supreme Court gave custody of the child to Father, who was residing in Kenya.

Hon’ble Supreme Court held that the permanent custody of the child should be given to his father who was based out of Kenya but on the condition that he gets a ‘mirror order’ from a competent Kenyan Court.

While explaining the objective of ‘mirror order,’ the Court stated that its object is to safeguard the interest of the child in both the jurisdictions and to make sure that both the parents are equally bound in each state.

A mirror order also ensures that the country to which the child is shifted is aware of the arrangements made in the country of origin and it also helps the person who is losing the child in ensuring that visitation rights are not impaired.

The Court also stated that the concept of ‘mirror order’ originated in English Courts.

In the Court’s opinion, it was the most effective way of achieving protective measures that were put in place.

The Court further explained that the decision passed by the Court where primary jurisdiction was exercised would not be binding on the Court
where the child is being transferred but will have a strong persuasive value.

A reference was made to Navtej Singh vs State of NCT of Delhi where the Hon’ble Delhi High Court had asked the petitioner to get a mirror order from a superior Court in the USA.

The Supreme Court had affirmed the judgement passed by the Delhi Court in Jasmeet Kaur vs NCT of Delhi & Ors.

Reliance was also placed on Section 17(3) of the Guardians and Wards Act, and due consideration was given to the wishes of the child.

However, Hon’ble Justice Hemant Gupta, who was also part of the Bench dissented from the majority judgment and opined that the custody of the child should have been given to the mother.