Law on Right of Default Bail Summarized by Supreme Court 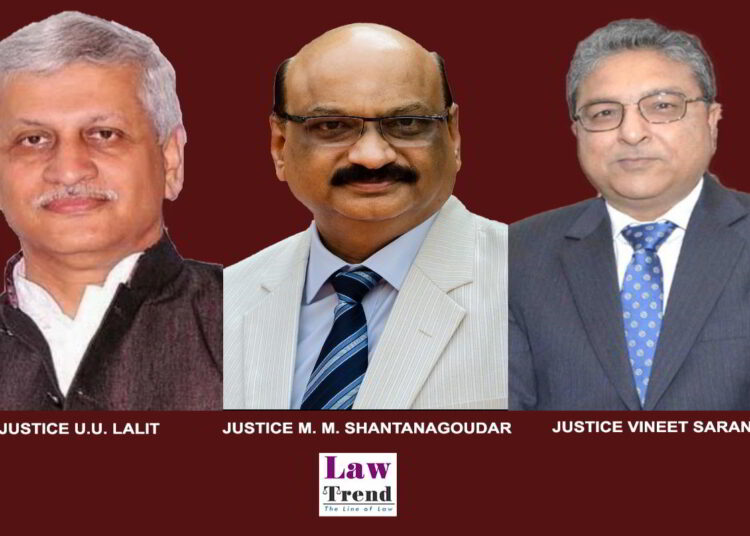 608
SHARES
1.7k
VIEWS
Share on FacebookShare on TwitterShare via WhatsappShare via EmailPinterest

Law on Right of Default Bail- Yesterday, the Hon’ble Supreme Court passed a Judgment Summarizing the law on this issue.

Supreme Court held that where an application of default bail has already been moved by an accused, the prosecution could not defeat the right of the accused by seeking an extension of time for filing a final report or by lodging an additional complaint.

A three-judge bench of the Supreme Court observed that when an accused applies for default bail, he is deemed to have enforced his right to be released on default bail.

The Court should release him if the time of 180 days or the extended period has expired when there is a default by the investigative agency.

It was observed that the right to be released on default bail remains enforceable even if a charge sheet is filed or if the prosecution seeks extension of time.

But, if an accused has not applied for default bail and a charge sheet is filed, or there has been a request to extend the time then the right to default bail is extinguished.

In the instant case, application for default bail was dismissed by the High Court on the ground that the application was not disposed by the time the additional complaint was filed.

Law on Right of Default Bail

Hon’ble Court opined that Section 167(2) of the CrPc should be interpreted in tandem with objectives of the legislature which
a) expeditious trial and investigation,
b) right to a fair trial and
c) a rationalized procedure that protects the rights of the needy.