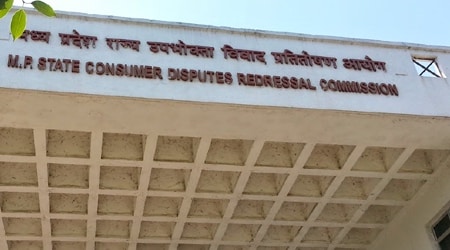 In a recent case, the Supreme Court has opined that a writ filed under Article 226 of the Indian Constitution challenging orders/judgements passed by the State Consumer Disputes Redressal Commission (SCDRC) is not maintainable.

In the instant case, Madhya Pradesh SCDRC’s order, wherein it dismissed a revision petition, was challenged by the petitioner in the High Court.

However, the Court Registry raised an objection because, according to the Apex Court’s judgement in Cicily Kallarackal vs Vehicle Factory, a rite petition cannot be filed against State Commission’s order.

The opinion of the Court

The first thing that the Hon’ble Supreme Court considered was whether in an exercise of revisional powers by State Commission under section 17(1)(b), any legal remedy is available before the National Commission or not. In this regard, the Court opined that neither Appellate jurisdiction nor revisional jurisdiction could be exercised against order/judgement passed by the State Commission.

Therefore, the Court considered the matter on merits and observed that the window of interference available to the Court under Article 226 in such cases is minimal and proceeded to dismiss the writ petition.

Hon’ble Court further opined that the High Court should have considered Cicily Kallarackal vs Vehicle Factory as, according to the Cicily judgement, the writ was not maintainable.

In Cicily Kallarackal vs Vehicle Factory, the Court held that the National Commission’s order could not be questioned under the High Court’s writ jurisdiction. As per Section 27 A(1)(c), the statutory appeal lies in the Supreme Court.

Lastly, the Apex Court stated that it is not appropriate for the High Courts to entertain writ filed under Article 226 against orders/judgements passed by National Commission as the appeal lies with the Supreme Court as per the provision Consumer Protection Act.