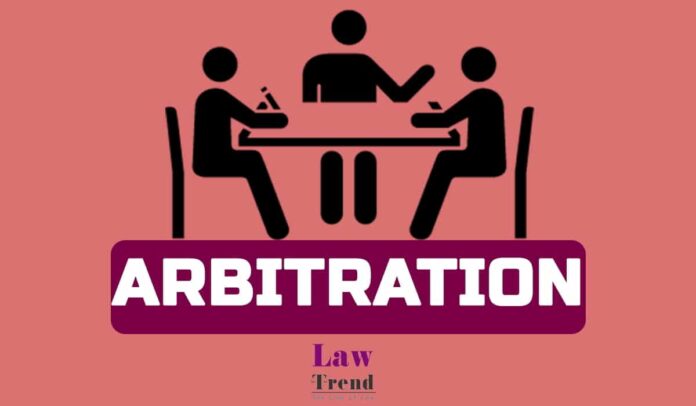 Arbitration is a form of alternative dispute resolution(ADR). It is the process of solving an argument between the parties by helping them agree to an acceptable solution.ADR methods enjoy significant advantages such as lower cost, higher confidentiality, choice of solutions, greater flexibility of the process, etc.

The ADR Mechanism proves to be beneficial for the parties who want to avoid the lengthy procedure of the local courts for settlement of disputes. It is commonly known as outside court settlement, wherein the parties to a dispute refer it to an arbitrator by whose decision (i.e. the award) they agree to be bound.

Some important case laws on arbitration are briefly discussed below:-

1.In the case of M/S Inox Renewables Ltd v. Jayesh Electricals Ltd, the Court held that once the seat of arbitration is replaced by mutual agreement of the parties,the Court at the new seat shall be vested with exclusive jurisdiction.

In this case,the Delhi high court observed that an arbitral tribunal ought to decide the objection (u/s 16 of the Arbitration  and Conciliation Act,1996) as a preliminary issue,as soon as possible.

It was held that the question of jurisdiction would have to be adjudicated first,prior to the passing of the final award.

In this case,the scope of the powers of the Court was discussed as u/s 11 of the Arbitration and Conciliation Act,1996.

The Supreme Court held that the court as per Section 11 of the Act cannot enter into a mini trial or elaborate review of the facts which would usurp the jurisdiction of the Arbitral tribunal.

In this case,it was decided whether the decision in the case of  Perkins Eastman Architects DPC & Anr. v. HSCC (India) be read in a restrictive manner?

The court held that the efficacy of Arbitration as an alternate dispute resolution mechanism rests on the foundation that the disputes would be adjudicated by impartial and independent arbitrators.Therefore,the decision in Perkins Eastman case must be read in an expansive manner and not in a restrictive way.

The Supreme Court held that the time limit for filling an application under Section 11 of the Arbitration and Conciliation Act,1996 would be governed by Article 137 of the Limitation Act;three years from the date when the right to apply accrues.

In this case,it was decided whether a new arbitrator could be appointed or not after the award is set aside.

The Calcutta High Court observed that the Arbitration and Conciliation Act,1996 ensures party autonomy at all the levels and the freedom of the parties to decide on the next course of action must be preserved.Accordingly,after setting aside the award,the Court appointed  a new arbitrator with the consent of the parties to decide the disputes afresh.

In this case,a decision regarding the time period of paying the stamp duty was taken.

The Delhi High Court held that the arbitrator has no statutory power to direct that the stamp duty be paid within a specific period.Further,there is no obligation to pay stamp duty at the time of pronouncement of award.

The Supreme Court held that to invoke Writ Jurisdiction,a party has to show exceptional circumstance or bad faith on the part of another party.

The Court observed that the ambit of Article 227 of Indian Constitution is broad.However,the Court erred in using it to interject the Arbitral process.

This case was related to whether the Division Bench can dispose of an application under Section 9 of the Arbitration and Conciliation Act,1996 which was pending before the Single Judge.

The Supreme Court held that it was inappropriate for the Division Bench to dispose of the application under the above-mentioned section .

The application as u/s 9 of the Act was restored to enable the applicant to place his submissions before the Single Judge.

The court held that the concept of ‘emergency arbitrator’ is based upon party autonomy as the law gives complete freedom to the parties to choose an arbitrator.