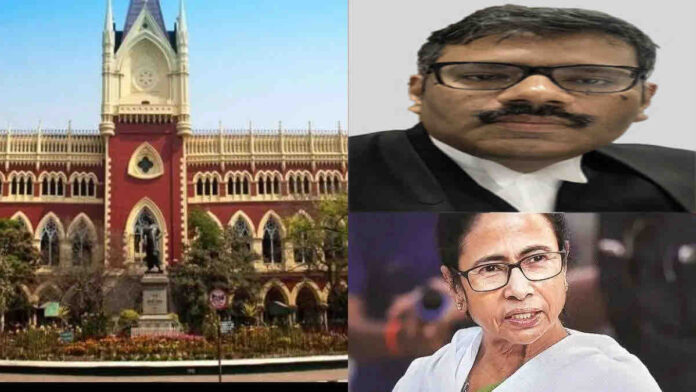 Justice Kausik Chanda has recused from Mamata Banerjee’s Election Petition. However, the judge has fined Mamata 5 lakh for manipulating events to get him to disqualify himself.

Justice Chanda of Calcutta High Court, on the other hand, dismisses the case from his bench, claiming that he has no personal stake in the issue, and opportunists have already emerged in the guise of preserving the independence of the judiciary. In his exclusive judgement, he will not hear Mamata’s election petition.

Earlier on 24 June, while reserving the Order in this case, Justice Kaushik Chanda of the Calcutta High Court stated that if he recused himself from the lawsuit filed by West Bengal Chief Minister Mamta Banerjee’s petition challenging the Nandigram election results, he would be subjecting himself to a media trial.

After making the remark, Justice Chanda reserved orders on the CM’s application for recusal in the current case.

Mr Singhvi told the Judge that recusing himself from the matter would elevate his status. The Judge said that if he recused himself, he would be giving in to the media trial. Singhvi said that two Calcutta High Court judges who were appointed to the Supreme Court had recused themselves from related cases, and that if Justice Chanda did not recuse himself, he would face additional criticism.

At this time, Justice Chanda pointed out that Singhvi (a Congress-affiliated counsel) and another BJP-affiliated lawyer were both representing Mamta Banerjee.

In response, Singhvi remarked that the Judge’s involvement with the BJP will create a negative perception of him.