Government Advocates Can’t Display Name of Court on Their Vehicle 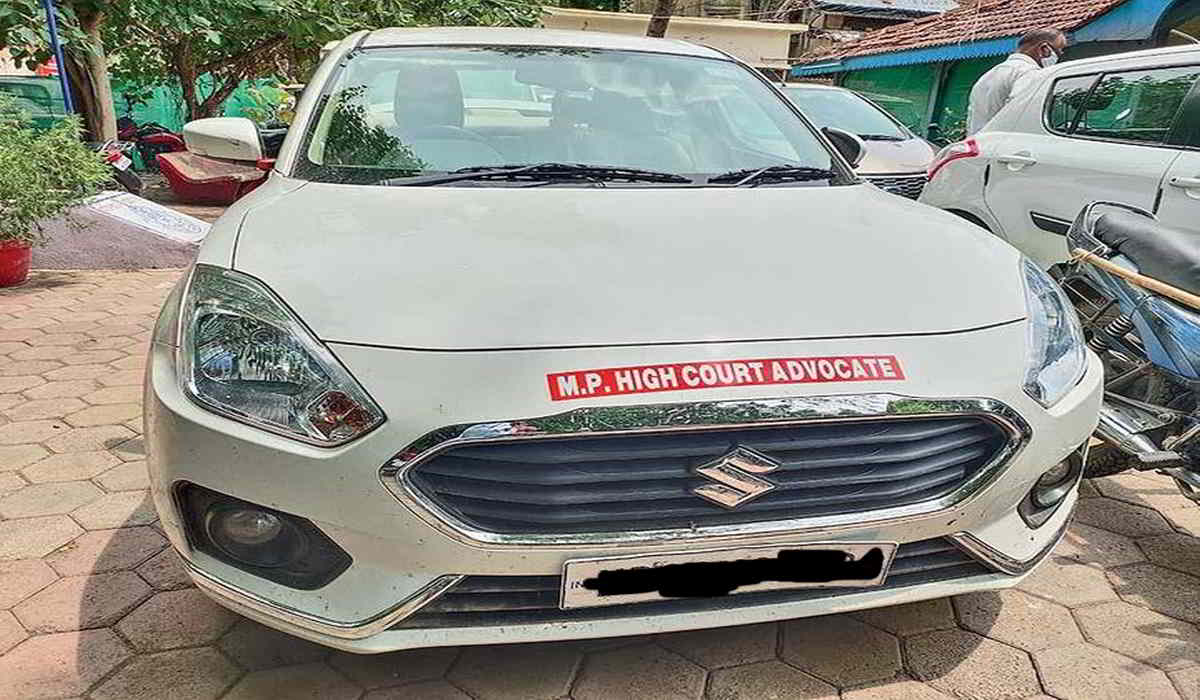 The Kerala High Court has ruled that the display of the name of the court by state law officers and central government counsels on their vehicles is in violation of the Motor Vehicles Act.

Last year the Madras High Court also took exception of this practice of writing “Advocate” or using advocate sticker on their vehicle and the court directed the State Government to stop this practice. To Read in Detail Click Below:

The Court stressed that Rule 7 of this Act limits the use of the symbol on vehicles to the authority listed in Schedule II. Constitutional authorities and other dignitaries are among those permitted to display the symbol on their vehicles.

Because the Act does not permit the use of the insignia or star plate on any other motor vehicle, the Court ruled that such a practice is illegal.

The Court noted that the exhibition of the state government’s name in name-boards was authorised on motor vehicles owned by co-operative societies, other groups, and even NGOs.

Several law officers’ and Central Government counsels’ vehicles were also allowed to carry the name of the Court on their registration plates, which violated Section 3 of the Emblems and Names (Prevention of Improper Use) Act .

“The name of the High Court is permitted to be displayed on motor vehicles used by Law Officers and Central Government Counsel of this Court. Given the prohibition in Section 3 of the Emblems and Names(Prevention of Improper Use) Act, the provisions under clause (x) of Rule 92A of the Kerala Motor Vehicles Rules, 1989, as substituted by the Kerala Motor Vehicles (4th Amendment) Rules, 2015, will not entitle Law Officers and Central Government Counsel to display the name of this Court on their motor vehicles “, and Justice Anil Narendran ruled.

The Court also issued a number of other directives in the case to improve road safety in the state. The Court has ordered the Transport Commissioner to submit a report on the steps taken in this matter by July 7, 2021.