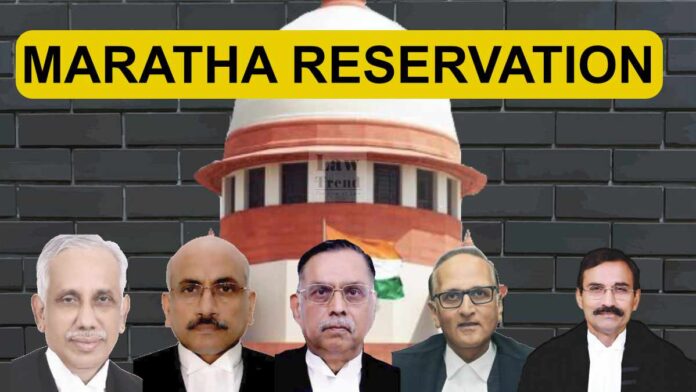 In an important judgement, the Apex Court has ruled, by a 3:2 majority, that the 102nd Constitutional Amendment has abrogated the State’s power to identify Socially and Educationally Backward Classes or SEBCs.

As per the judgment, after introducing Articles 338B and 342A to the Constitution, the President has the first say regarding exclusion and inclusion of SEBCs. After that, the Parliament has the power for exclusion and modification.

This judgment was given in Dr Jaishree Laxmanrao Patil vs The Chief Minister & Ors, wherein the Constitution Bench considered the validity of Maratha reservation and the 102nd Constitution Amendment.

Hon’ble Judges unanimously agreed on the constitutional validity of the 102nd Amendment of the Constitution but different opinions on the question of whether it affected the State’s power to identify SEBC’s.

Hon’ble Justice Ravindra Bhat, Hon’ble Justice L. Nageswara Rao and Hon’ble Justice Hemant Gupta observed that the power of identification of SEBCs, exercised by the states has shifted to the domain of the President and the Parliament for modification, by Article 342A and that it does not violate the important features or structure of the Constitution.

The Court held that Article 342A of the Constitution by divesting the States power to legislate or classify any backward class of citizens does not affect the federal polity and does not violate the basic structure of the Indian Constitution.

The majority of Judges interpreted the 102nd Amendment as follows:-