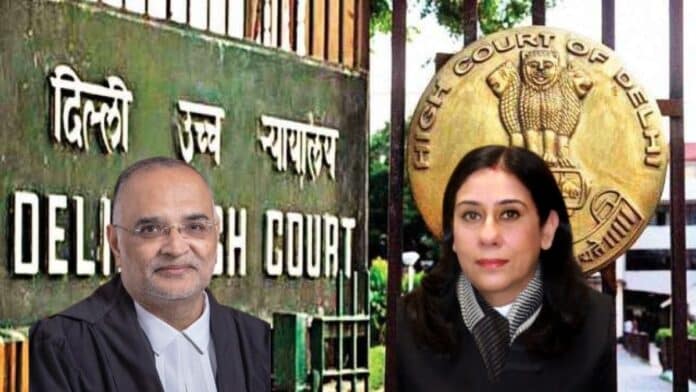 The registration of same-sex marriages under the Hindu Marriage Act has been challenged in the Delhi High Court.

According to the petition filed by Sanjeev Newar and Swati Goel Sharma of the Sewa Nyay Utthan Foundation, the Hindu Marriage Act is based on dharmic texts that allow marriages between a man and a woman.

As a result, it was proposed that registration of same-sex marriages be limited to secular laws such as the Special Marriage Act.

The petition was filed as an intervention application in a pending High Court case concerning the registration of same-sex marriages in the country.

On Friday, a Division Bench of Chief Justice DN Patel and Justice Jyoti Singh heard the matter and stated that it will hear the application along with a slew of other similar matters on February 3.

The petition argued that the Hindu Marriage Act is directly derived from Hindu Dharmic texts such as the Vedas and Upanishads, where marriage is defined as being permitted only between a ‘biological male’ and a ‘biological female.’

“Marriage occurs only between a male and a female to fulfil certain worldly and religious duties, according to the Vedas (Hinduism’s sourcebook). In fact, the majority of Vedic Mantras recited during Hindu Vivaah or describing marriage rituals refer to a biological male and a biological female. This has been the practise across almost all Hindu sampradayas since time immemorial, with no variation in essence “According to the application.

It went on to say that any attempt to tinker with the Hindu Marriage Act in such a way that it affects Hindus’ age-old harmless beliefs would be a direct intrusion by a secular State into Hindus’ religious rights.

“It must be made religiously neutral,” the petition argued.

The petition also argued that before the Court rules in favour of same-sex marriages for Hindus, it must first consider systems in which marriage is only a “civil contract,” such as Nikah.

“Before allowing same-sex marriage registration for Hindus with a more than 10,000-year history, it must begin with newer faiths such as Muslims (1400 years old), Christians (2000 years old), and Parsi (2500 years old,” the petition stated.

Share
Facebook
WhatsApp
Twitter
Print
Pinterest
Previous articleNIA approaches SC against the bail given to Sudha Bharadwaj in the Elgar Parishad case
Next articleCan a Person be Enrolled as an Advocate Without giving up his Job?

Extracting Confession From Child is Unconstitutional and Beyond Scope of Preliminary Assessment Report: Delhi HC