High Courts Are Not Subordinate But Judgment of Supreme Court Have To Be Dealt With Due Respect: Supreme Court 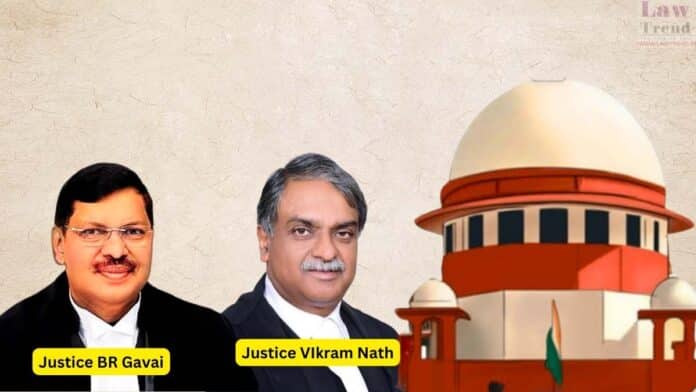 The Supreme Court recently observed that judgements given by it should be given due respect even though the High Courts are not subordinate to the Supreme Court.

The Bench of Justices BR Gavai and Vikram Nath further observed that judgements delivered by the Supreme Court are binding on everyone under Article 141 of the Indian Constitution.

In the instant case, the Sessions Court had rejected the remand application filed by the police on the ground that mandatory notice u.s 41A of CrPC was not issued.

However, the Telangana High Court allowed the State’s revision plea and observed that parental guidance by Supreme Court through Arnesh Kumar judgement is not a sword of Damocles either in respect of police or Magistrates who exercise the powers of arrest and remand.

The accused filed an appeal in the Supreme Court and the Bench observed that remarks made by the High Court are unwarranted and totally untenable.

The Bench further observed that though it is always said that the High Court is not subordinate to Supreme Court, however, when High Courts deal with the judgement of the Supreme Court, it is expected that these judgments have to be dealt with due respect.

As per the Court, the High Court’s observations are not in tune with the guidelines mentioned in the Arnesh Kumar judgement and therefore, it allowed the appeal filed by the accused.