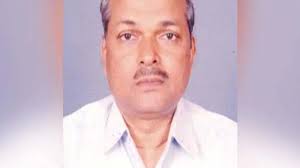 Various government officials attended the oath-taking ceremony that was held on Monday. The Lokayukta was consulted before Yadav’s appointment. Yadav will hold the office for six years.

In 2019, the Apex Court had extended Yadav’s tenure to hear the arguments and deliver the judgement on the Babri Masjid case. At that time, Yadav was serving as Special Judge of the CBI court.

The Supreme Court then extended the deadline to September 30 for the pronouncement of judgement.

In the Babri Masjid case, the judge held that there was not enough evidence to convict the accused. He further ruled that the demolition of Babri Masjid was not planned.

Kar sevaks demolished the Babri Masjid on December 6, 1992, who believed that the masjid was built on Lord Ram’s birthplace.

In that case, the police had registered two FIRs, one against BJP leaders for allegedly instigating people, and the second FIR was registered against unnamed kar sevaks.