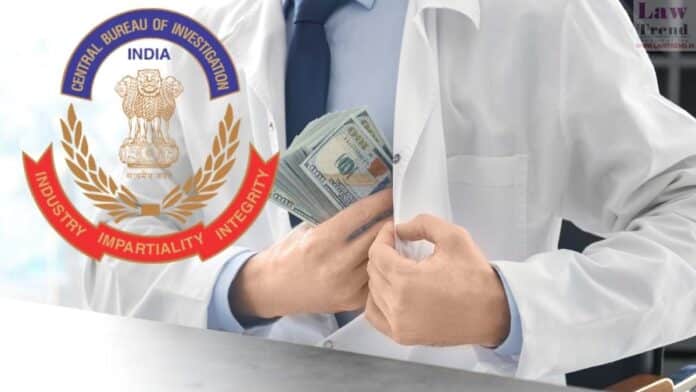 A former Allahabad High Court Judge has emerged as a key prosecution witness for the CBI in its investigation into the medical college bribery scandal, reports Economic Times.

The judge was a member of a division bench that issued “favourable” order to the institute allegedly involved in the scandal in August 2017.

As per reports, the CBI has recorded the statement of retired Justice Virendra Kumar-II to bolster its corruption charges against his then-brother judge, Justice (retired) SN Shukla.

Justice Kumar is number 12 on a list of 105 prosecution witnesses provided by the federal investigating agency to a special CBI Court in its charge sheet, which ET has reviewed.

According to the charge sheet, Justice (Retd) Kumar testified that he objected to the listing of a petition filed by the College on August 25, 2017, after it was withdrawn from the Supreme Court and listed before the Allahabad High Court division bench consisting of him and Justice (retd) Shukla.

Justice (Retd) Kumar had asked the counsel for Prasad Education Trust, whose college the Medical Council of India (MCI) had debarred for substandard facilities, “why the petition has not been pressed when all matters of admission in medical colleges were being examined by the Supreme Court?” He also noted that because the petitioner college was barred from participating in counselling by the central government/MCI, it could not remain on the list of colleges permitted to participate.

According to the CBI charge sheet, Justice Shukla agreed to hear the case, observing that an HC under Article 226 has the same power as the Supreme Court under Article 32.

According to Justice Kumar’s testimony to the CBI, the HC order stated: “On the basis of this order, the petitioner (college) shall have no right to claim any admission of the students.”

According to the charge sheet, “Justice Virendra Kumar-II had no association/connivance with Justice Shukla” in passing the aforementioned illegal order in August 2017. The CBI has also produced relevant excerpts from 73 intercepted conversations between two accused HC (retd) judges, IM Quddusi of the Odisha High Court and Justice Shukla, as well as other accused, who were allegedly discussing bribes.

According to the charge sheet, these two HC judges were under surveillance from August 23, 2017 to September 7, 2017. Bribes were referred to as “Re 1, quintal, and KM (kilometre)” by the co-accused.

In one of the intercepted conversations, a co-accused expressed concern that Justice Kumar was a “negative” Judge who would deny “relief.”

In another conversation, an accused tells a co-accused that Justice Shukla is “not going to become a Supreme Court Judge or Chief Justice,” implying that a bribe could be paid to obtain a favourable order from Justice Shukla. The co-accused has referred to the other High Court Judge allegedly involved, Justice Quddusi, as “bade vakil sahab” over phone calls.

A lower court granted bail to all of the accused last week after they denied wrongdoing.