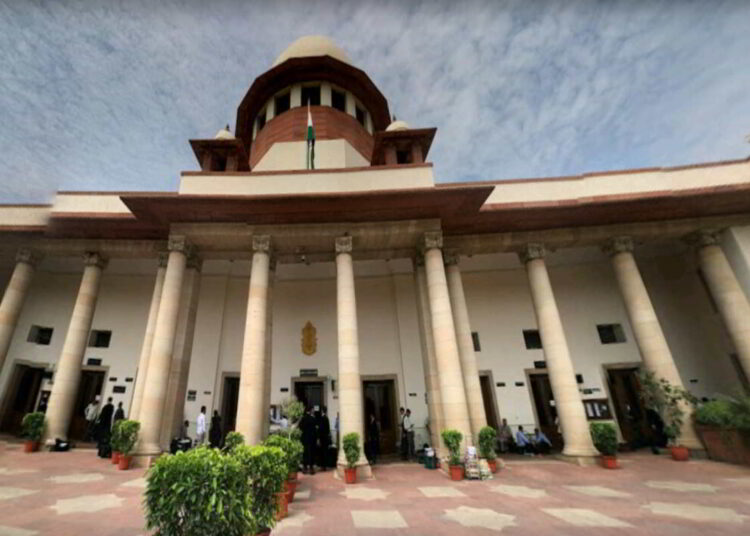 1.2k
SHARES
3.5k
VIEWS
Share on FacebookShare on TwitterShare via WhatsappShare via EmailPinterest

Recently, the Supreme Court observed that a criminal court, while exercising its jurisdiction to grant anticipatory bail/bail, cannot be expected to act as a recovery agent to realise dues of a complainant.

The Bench observed thus and set aside a condition imposed by Madhya Pradesh High Court on the accused while granting anticipatory bail to the accused.

The complainant alleged that he had given the accused 41 lakhs to buy a piece of agricultural land, but after receiving the money, the accused refused to execute the sales deed.

Hon’ble High Court granted bail to the accused and directed him to deposit 41 lakhs in Court along with a personal band, surety to the Court’s satisfaction.

Aggrieved, the accused approached the Supreme Court and challenged the condition imposed by the High Court.

The Court observed that the disputes were civil. By imposing the condition to deposit the money(41 lakhs) the High Court has issued directions in nature of a recovery suit and observed that as per settled law, criminal courts could not be used to realise dues. A Court can refuse or grant bail based on the case’s circumstances but cannot be expected to act as a recovery agent.

While considering a bail application, the Court has to look into the nature of accusation and severity of punishment and the evidence on record, and other factors noted the Bench.

Therefore, the Court allowed the appeal and deleted the condition imposed by the High Court.