[COVID PIL] We Appreciate that Some Work has been done to Improve Medical Infrastructure: Allahabad HC 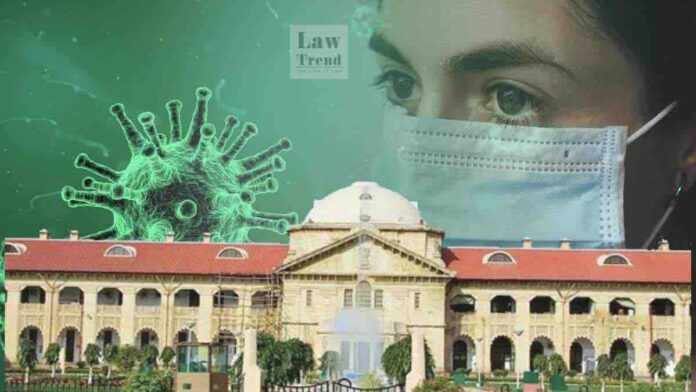 On Thursday the Allahabad High Court heard the Suo Motu PIL on the COVID situation in Uttar Pradesh.

A bench of Justice Siddharth Varma and Justice Ajit Kumar, after going through the affidavit of State Government observed:

“We have perused the report and do appreciate that some work has been done with regard to the improvement of medical infrastructure and hope that similar efforts will be made in respect of other districts as well. By the next date, the State Government may further give a report with regard to the improvement of medical infrastructures in five more districts, namely, Bhadohi, Ghazipur, Ballia, Deoria and Shamli.”

Further the Court recorded its satisfaction on capping the price of RT PCR Test and CT Scan.

The Court also considered the report of the committee constituted to look into the treatment given to Late Justice VK Srivastava, since an adjournment was sought from state, therefore the report has been taken on record and matter has been adjourned.

The Court has directed the State Government to submit its reply to various intervenor applications filed before the coutt such as declaring agriculturists as frontline workers, priority vaccination of physically challenged, dignified cremation of COVID dead bodies, etc.

The case will now be heard on 07 June.