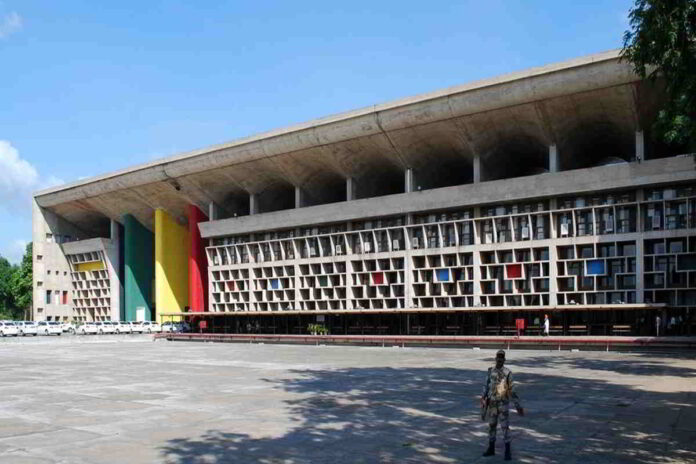 In a significant move, the High Court of Punjab and Haryana has ordered the DCP of Punjab Police to constitute a three-member all-women Special Investigation Team (SIT) to look into the rape allegations levelled by a 38-year-old woman against a Crime Investigation Agency (CIA) policeman.

The Bench of Hon’ble Justice Arun Monga dissolved an already formed SIT after noting that it had no female officers and remarked that it was intriguing that no female officer was part of the SIT in such a sensitive case. Moreover, it was deplorable that the local police had formed an all-male team to investigate the case.

It is alleged that the victim’s son, who was suffering from Covid, was picked up by the CIA police on 6th May after the woman declined to give any sexual favours to CIA staff.

After this, an alleged false FIR was filed against the son under NDPS Act to obtain sexual favours from the woman. It is further alleged that to get her son released, she gave in to the sexual demands.

The victim submitted a pen drive containing recorded conversations between her and the CIA personnel and some video recordings to prove her allegations.

Counsel for the State contended that the facts of the case were fictitious, and the woman had tried to honeytrap, which had backfired on her.

The Bench remarked that the instant case reflected the sordid State of Affairs of Punjab Police, particularly of CIA, Bathinda. It stated that people supposed to protect ordinary people are making a widowed victim of their lust.

The Bench also directed that an all-women SIT should be formed to probe the incident. The Court further directed the CJM, Bathinda, to get an FSL report related to videos and audio recording that the woman submitted.

Lastly, taking note of the woman’s submission that she was fearful that the police would try to harm her and her son, the Bench directed the State’s Counsel to apprise them about the steps taken under the Witness Protection Scheme, 2018.

The case has been posted to 27th May for further hearing.