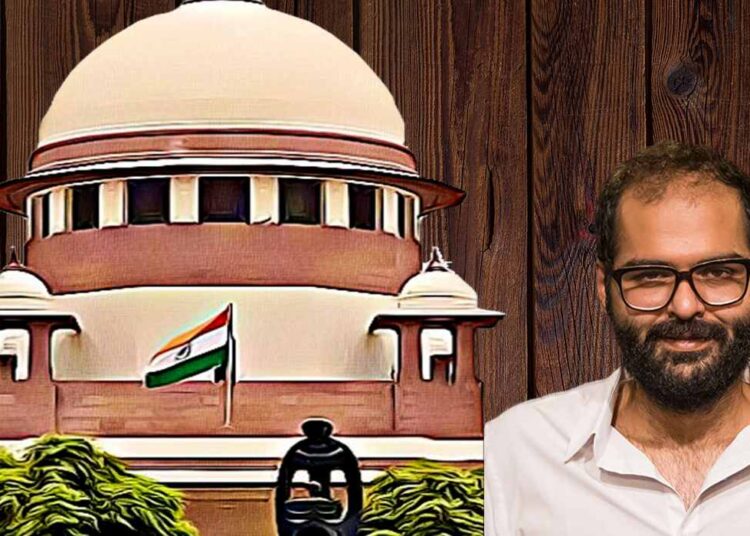 621
SHARES
1.8k
VIEWS
Share on FacebookShare on TwitterShare via WhatsappShare via EmailPinterest

Stand Up comedian Kunal Kamra has told the Supreme Court that suggesting his jokes/tweets, wherein he criticized the Supreme Court, can shake foundations of one of the world’s most powerful Court was an overestimation of his abilities.

Kamra’s Affidavit also states that faith of the public in the judiciary is founded on the institution’s very own actions and not on any commentary or criticism about it.

He further stated that jokes are made on a comedian’s perception to make people laugh. Many people don’t react to a joke just like a politician ignores his critics.

The Affidavit also states that humour attempts to blunt grimes of the situations and comforts the afflicted. Kamra further stated that if the Court wants to shut his internet, he will write Happy Independence Day postcards every 15th August just like his Kashmiri friends.” he also opined that Hon’ble Judges were unable to discharge their duties only on account of being subject to comedy or satire.

His Affidavit also mentions a growing intolerance culture in India where taking offence is seen as a fundamental right and has become a national sport. In this regard, Kamra mentioned the case of comedian Munawar Faruqui.

Background of the Case

ON 12.11.2020, Attorney General KK Venugopal had approved the initiation of Contempt of court petition against Kamra due to lawyers and law students’ complaints who drew Court’s attention to tweets written by Kamra.

As per Contempt of Courts Act, a private person can only file a contempt of court petition in Apex Court after getting permission from the Solicitor General or Attorney General.

The tweets by Kamra were:-