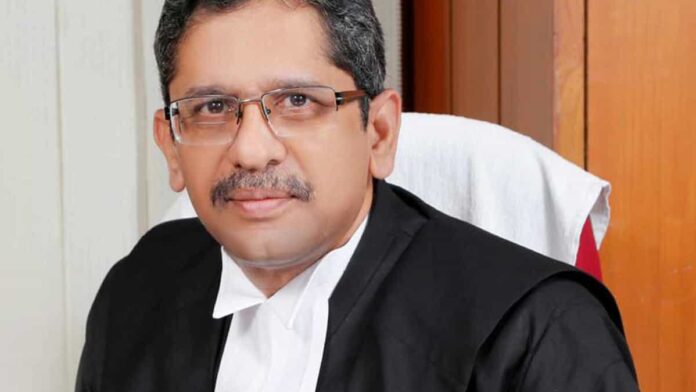 CJI NV Ramana has held a live interaction with all High Court Chief Justices to take stock of issues that the judiciary faces considering that all courts were now functioning through video conferencing mode due to Covid-19.

The interaction was spread over four different sessions on 1st and 2nd June via video conferencing mode, the press release stated.

The common view that emerged from the meeting was that a digital divide was impacting the functioning of the judiciary, and better network and connectivity in districts, particularly tribal and rural areas, would increase the efficiency of the subordinate judiciary.

Other issues that were discussed during the meeting were:-

One High Court informed the Chief Justice that they were contemplating using mobile vaccination centres to make vaccines available at Tehsil and Sub-Division.

The press release further states that the CJI has expressed his desire to take forward the national plan to augment judicial infrastructure and to incorporate the inputs received from the stakeholders.