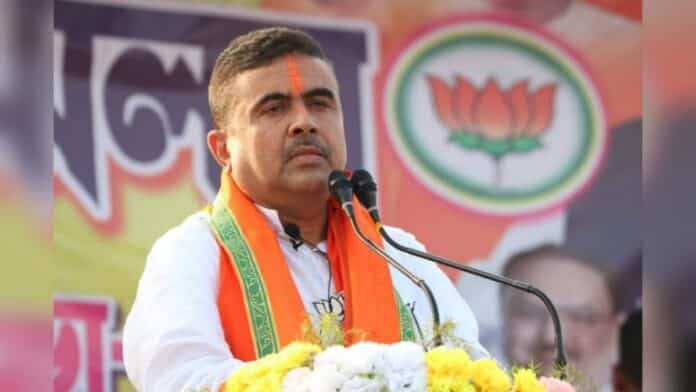 In a contempt plea filed by Bharatiya Janata Party (BJP) leader Suvendu Adhikari, the Calcutta High Court issued show cause notices to the Director General of Police (DGP), West Bengal Manoj Malaviya and two officers of the Indian Police Service (IPS) for preventing him from visiting Netai village despite the court’s specific direction to allow such visit.

Justice Sabyasachi Bhattacharyya was hearing a petition from Adhikari, who claimed he was barred from entering the Netai village in Jhargram on January 7, in violation of a court order issued on January 5.

According to the January 5 order, the petitioner and his security personnel could visit Netai on January 7, 2022, and there was no impediment to doing so.

Adhikari wanted to go to Netai to pay tribute to the nine people killed in the Netai shooting in 2011, when the State was ruled by the Left Front.

However, he was not allowed into the village because the police had detected an impending conflict between two political parties that needed to be avoided.

The single-judge opined that there was no logic behind the police authorities’ refusal to even allow the petitioner to enter the area, and that he was clearly prevented on purpose.

This, according to Justice Bhattacharyya, contradicted the Advocate General’s assurance on January 5 that there was no need to obtain permission to visit a specific area in the State.

In fact, the order stated that Adhikari and his security personnel had the right to visit any location in India, subject to legal constraints and without violating any law.

The Court stated that “no case of any “legal” restriction and/or violation of any law by the petitioner at the relevant juncture has been made out by the alleged contemnors.”

As a result, it was determined that the alleged contemnors willfully and deliberately violated the court’s specific order, both in letter and spirit, and a show cause notice was issued.