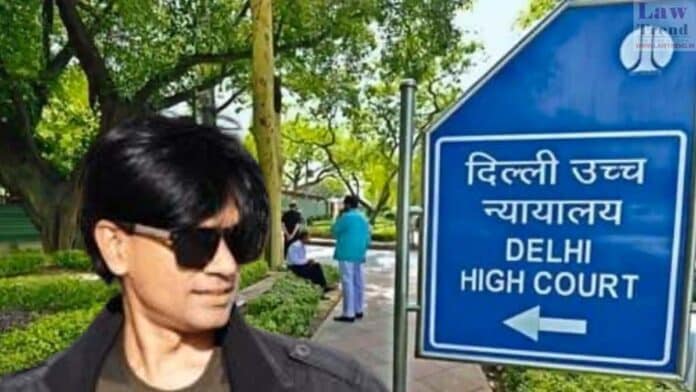 On Friday, the Delhi High Court issued a notice to the Delhi Police in response to Alt News co-founder Mohammed Zubair’s petition challenging a Patiala House Court order remanding him in police custody.

Justice Sanjeev Narula asked the Delhi Police to file a counter-affidavit within two weeks to the plea which also took objection to the Patiala House court order permitting examination and seizure of laptop of Zubair.

The Court also ordered the Delhi Police to provide Zubair with copies of the remand application.

The single-judge also stated that the magistrate will rule on the matter without regard for the High Court order.

The case will be reheard on July 27.

On June 27, he was arrested by the Delhi Police and brought before a duty magistrate, who granted the Police a day’s custody of Zubair.

The case against Zubair is based on a complaint from a Twitter handle called Hanuman Bhakt, who claims Zubair tweeted a questionable image with the intent to intentionally insult the God of a specific religion.

Today, Zubair’s lawyer, Vrinda Grover, pointed out that the offending tweet was from 2018.

She then questioned the legality of Zubair’s seizure of his laptop and mobile phone.

She pointed out that the tweet came from Zubair’s lost phone.

Grover argued that the Police could not go beyond the scope of the FIR.

Concerning the case’s merits, she pointed out that the photograph in the tweet that allegedly offended religious sentiments had been shared by others as well.

In this regard, she cited an Indian Express article that featured the same photograph.

Grover also claimed that the notice required by Section 41A of the Criminal Procedure Code (CrPC) was only followed on paper.

She then stated that the Twitter handle that had originally highlighted Zubair’s tweet had only one follower.

The Court, however, stated that there were merits arguments and that the trial court could decide them because the remand was coming to an end tomorrow.

Tushar Mehta, appearing for the Delhi Police, questioned why there was concern about the seizure of the laptop.

The SG insisted that the police are not acting partisanly.

He also stated that the current case is not about a single tweet.

The Court then stated that the case justifies the issuance of a notice and proceeded to seek a response from the Police.

Is Bihar Police Above Supreme Court and High Court? Patna HC Expresses Displeasure Over Lodging FIR Against a Judge