Allahabad HC Grants Bail to Etah Lawyer, who was assaulted by the police 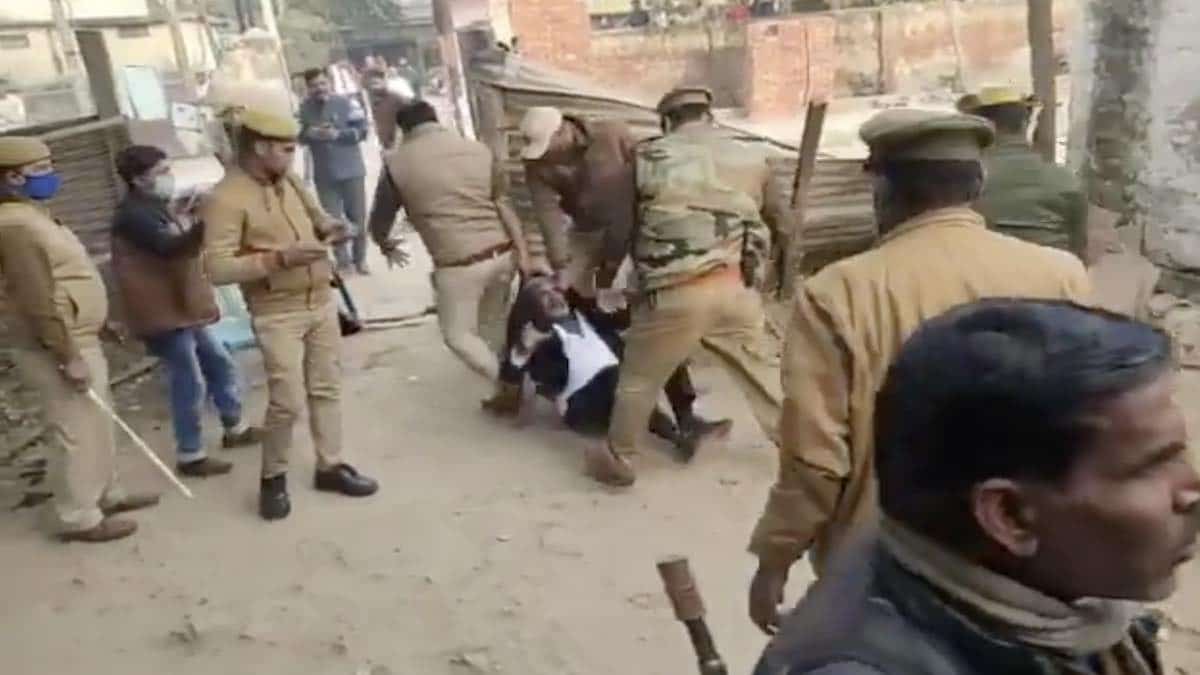 On Wednesday, the Allahabad High Court granted bail to Special Prosecutor Rajendra Sharma, whom UP Police assaulted in December 2020. It was also stated that his relatives were harassed and humiliated in the incident.

The video of the incident showed that the police had broken his door, dragged and pulled the applicant, and was beaten up mercilessly.

In the plea, Sharma stated that he was falsely implicated in the case and that the State had appointed him to the post of ADGC, and he worked till 2020 and then again, he was appointed to the said post in September 2020.

He also stated that he is the house owner in question, and some anti-social elements had tried to take possession of the house, and he was forced to use his pistol for protection. He also informed the court that out of three criminal cases filed against him, he is acquitted in two, and the third one proceedings have been dropped against him. He further stated that if he is released on bail, he will not misuse his freedom.

However, the learned Counsel for the injured and Additional Advocate General opposed the bail plea but did not refute the applicant’s contentions.

After considering the facts of the case, and the dictum set in Dataram Singh vs the State of UP, without commenting on the merits of the case, the Court granted bail to Sharma.

The High Court at Allahabad had taken suo motu cognisance of the case and had sought a report on the incident.

This incident was condemned by the Bar Council of India and also by the Supreme Court Bar Association. They had requested the Allahabad High Court Chief Justice to take suo motu cognisance of the incident.