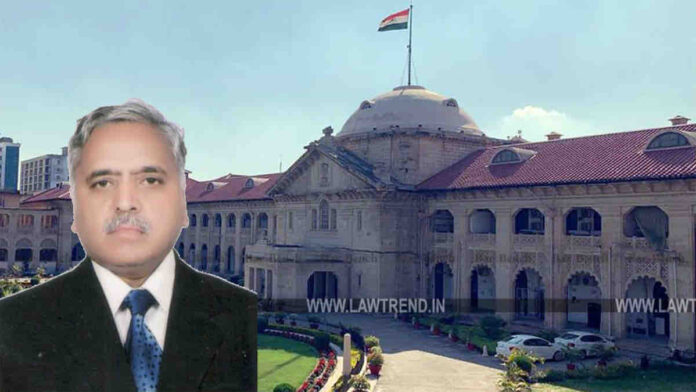 On Friday taking a dim view of the fact that instructions or record  in the bail plea of an accused was not produced before the court, despite its earlier order, the bench of Justice Saral Srivastava imposed a cost of Rs 20000 to be paid to the applicant-accused.

On 3rd August, when the Government lawyer sought adjournment in a bail plea on the ground of non availability of records due to fire in AG office, a bench of Justice Saral Srivastava said:

More than two weeks have passed about the unfortunate incident, and Court has accommodated the State Government and adjourned the cases on their request. For the last two weeks, the Court is not able to function properly for want of assistance from the State as they have not made any appropriate arrangement so that the case may be heard.

The Court further noted that:

The applicant cannot remain in jail for not getting his bail application heard incessantly on the ground that the State is unable to assist the Court for want of record.

As such the Court directed that the Principal Secretary (Law), Government of U.P., Lucknow shall appear before the Court to explain as to what steps have been taken for reconstruction of record, and if adjournment is being sought in the case on the ground of non-availability of record, who shall compensate the poor litigant whose personal liberty is at stake as his case is not heard for want of assistance from the State due to which he has to remain incarceration for no fault of him losing his personal liberty.

On Friday, when the case was taken up, Principal Secretary (Law), Government of U.PLucknow was present before the Court.

On the request of Sri Manoj Kumar Dwivedi, AGA, the case was adjourned with the cost of Rs.20,000/- which shall be payable to the applicant.

The Court directed to list the case as fresh on 13.08.2022. The presence of Principal Secretary (Law), Government of U.PLucknow has been exempted till further orders.

However, it has been provided that in the event of non-depositing of cost, Principal Secretary (Law), Government of U.P., Lucknow shall remain present before this Court.

Share
Facebook
WhatsApp
Twitter
Print
Pinterest
Previous articleCBFC’s Conditions For Release of Movies In Theatres Should be Followed in OTT Releases: Kerala HC
Next articleRERA | Can Complaint be Made Against Unregistered Projects? Allahabad HC to Consider