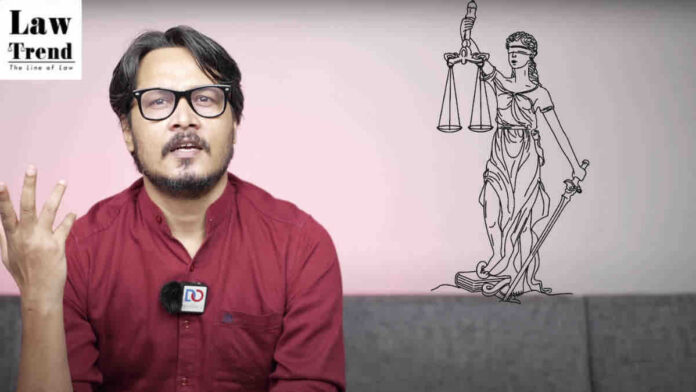 Recently, an application has been filed with the Attorney General of India, Mr. K.K. Venugopal, seeking permission to initiate Criminal Contempt proceedings against Mr. Ajeet Bharti, co-founder of the digital newsroom DO Politics, for his YouTube video published on 24-06-2021, alleging the video is derogatory and crass, specifically abusing the Supreme Court of India and its Hon’ble Judges.

The applicant has included an approximate translation of the defamatory statements made in the video to a detailed list of 25 items. According to it, Mr. Ajeet Bharti used exceedingly aggressive, disrespectful, and nasty words for the Indian judiciary and its judges in the video. He has charged the Indian judiciary with bias and bigotry. In the video, he claims that the common guy believes in the judiciary solely out of helplessness since they have nowhere else to turn.

According to the complaint, a video titled ‘Ajeet Bharti Roasts Supreme Court, High Courts,’ which was released on Mr. Ajeet Bharti’s YouTube channel DO Politics on 24-06-21, is not only offensive but also clearly crosses the line between constructive criticism and contempt of court.

According to the application, in the abovementioned video, Mr. Ajeet Bharti attacked the Hon’ble Supreme Court of India using exceedingly crude and profane language by alleging systemic corruption, nepotism in Judiciary.

The applicant relies upon the example of Kunal Kamra’s case to seek permission in this case.