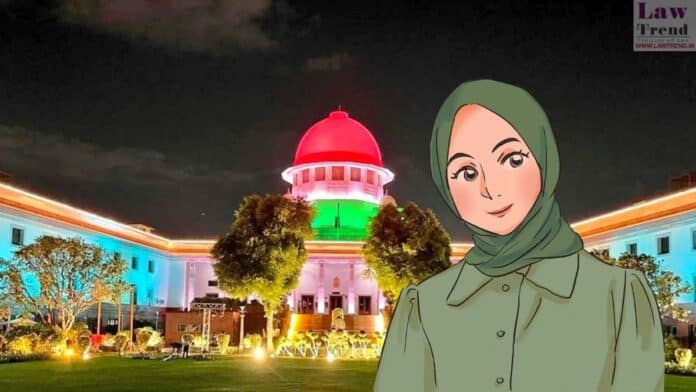 After a 10-day hearing, the Supreme Court today reserved its Judgement on a batch of petitions challenging the Karnataka High Court’s decision upholding the ban on Muslim students wearing hijab in educational institutions.

Senior Advocates Dushyant Dave and Huzefa Ahmadi today filed rejoinder submissions in the matter, claiming that the Solicitor General’s arguments about the involvement of the PFI are wholly irrelevant and intended to cause prejudice.

They claimed that no evidence had been presented in this regard.

The Petitioners contended that, unlike triple talaq and cow sacrifice, Hijab is mentioned in the Quran and it is the farz of Muslim women to wear it.

Furthermore, it was argued that in the absence of State evidence that hijab violates the fundamental rights of others, any restriction on wearing it violates Muslim women’s freedom of conscience and “behavioural privacy.”