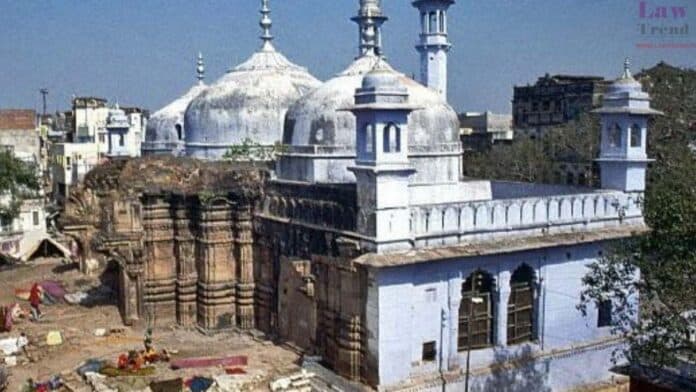 According to news agency ANI, the Varanasi Court on Thursday set the next hearing date in the Gyanvapi Mosque case for later this month on September 29.

Notably, the Varanasi Court issued a notice to the Muslim side in response to the Hindu side’s request for carbon dating of the ‘Shivling.’

The hearing in the Gyanvapi Mosque case began earlier today at Varanasi Court, according to news agency ANI, with Vishnu Shankar Jain, Subhash Nandan Chaturvedi, Sudhir Tripathi, the four female petitioners, and Dr Sohan Lal Arya from the Hindu side and Mohd Shamim Ahmed from the Muslim side present.

This comes after a Varanasi Court on September 12 dismissed a plea by the Anjuman Islamia Masjid committee challenging the maintainability of the suit filed by five Hindu women seeking worshipping rights in the Gyanvapi mosque compound.

On September 12, the Allahabad High Court set September 28 as the next date for hearing in a case involving a petition filed by Anjuman Intezamia Masjid of Varanasi challenging the maintainability of an original suit filed in the Varanasi district court in 1991.

The original suit sought the restoration of the ancient Kashi Vishwanath temple on the site of the Gyanvapi mosque. In their lawsuit, the petitioners claimed that the mosque is a part of the temple.

The Varanasi court appointed an advocate commissioner earlier this year in April, based on the petition filed in August 2021, and also ordered a videography survey of the complex.

Meanwhile, in May, the videographic survey of the complex began a day before the AIMC’s advocate filed an application alleging bias on the part of advocate commissioner Ajai Mishra.

The court refused to remove Ajai Mishra from his position and instead appointed senior advocate Vishal Singh to oversee the survey.

He was appointed to the position of Special Advocate Commissioner. The team was instructed to report all survey data by the 17th of May.

Entry of Public Into A Private Temple On Festivals Doesn’t Convert the Temple Into A Public Temple: Delhi HC