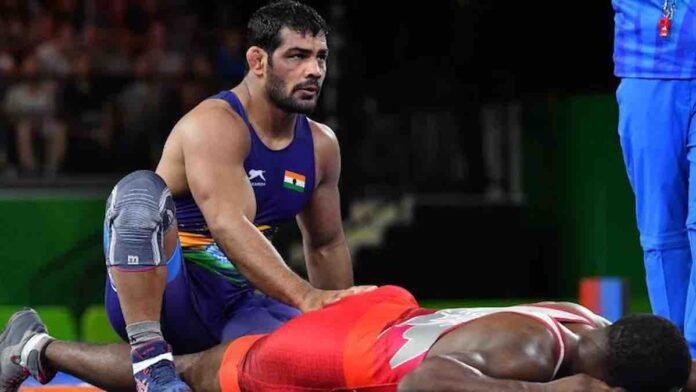 A PIL has been filed in the Delhi High Court seeking directions for making standard rules for reporting criminal cases by the media channels while considering the rights of the accused. The PIL requests the media to be restrained from engaging in media trials. The backdrop of this PIL is media reports and analyses of the case related to the arrest of Olympic medalist wrestler Sushil Kumar in a murder case.

The PIL has been filed by Kamla Devi, the mother of wrestler Sushil Kumar and by Shrikant Prasad, a law student at Delhi University. The petitioners seek a direction to Delhi Police, Press Trust of India (PTI) and other concerned media channels to refrain from Media Adalats (Trials). The plea also requests the media not to disclose statements of witnesses and any information related to the case. The plea points out that only the investigation agency has this power.

As per the PIL, the media is now conducting public trials and interferes with court proceedings. It is averred that there is a vital gap between an accused and a convict, and the media are overlooking this fact.

Due to media trials, the public gets prejudiced against an accused, and in their opinion, the man becomes a convict even before the Court verdict, and due to such acts rights of an accused get repressed.

Lastly, the plea mentions that the Delhi police has termed the case sensitive; however, the police itself was leaking sensitive information to the media. Therefore, the media houses were running the stories 24×7 to garner TRP.

It is submitted that a person’s privacy was a fundamental right, but it was thrown out of the window by the Delhi police in the instant case.