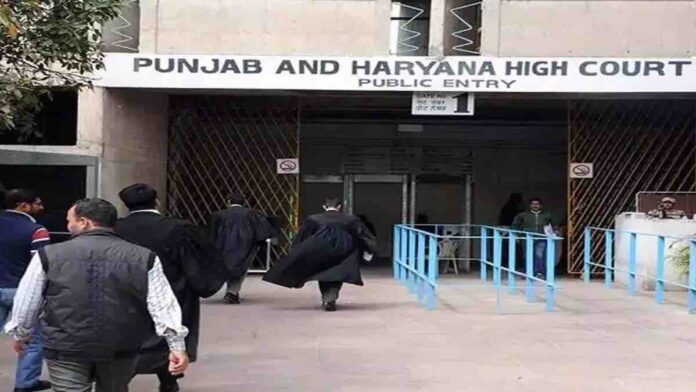 A woman from Karnal (Haryana) who failed to get selected for the post of junior system engineer to one of the power discoms of the State, has approached the Punjab and Haryana High Court alleging violation of her constitutional right to equality as she was denied the job even though she scored full marks in the exam.

After hearing the submissions, the High Court issued notice to the Haryana Government, Haryana Staff Selection Commission and to Dakshin Haryana Bijli Vitran Nigam seeking their reply on the issue.

In her plea, the petitioner stated that HSSC had prescribed the qualifications and as per the criteria for selection, an exam would take place for 90 marks and 10 marks would be allotted based on socio-economic background of the candidate.

On 27th February, the petitioner appeared for the examination and secured 90 out of 90 marks and was shortlisted for document check. However, when the results were published, she was shocked to see that she did noy qualify for the said exam.

Later, the petitioner came to know that she wasn’t selected as cut-off marks for the general category was 93 and the waiting list was 92, the petitioner couldn’t clear the exam because of the socio-economic factor. As per the criteria, upto 10 additional marks were given to candidates who were orphans, widows or if no one else had a government job in the family or if they belonged to the reserved category.

Because of this, candidates who scored lower marks were selected as they were given additional marks under the socio-economic criteria.

Before the Court, the petitioner’s counsel argued that as per the said rule socio-economic criteria stipulated 100% reservation and that was against the constitutional provisions. He further submitted that reservation beyond 50% quota cannot be given.

A reference was made to Indira Sawhney vs Union of India wherein the Apex Court held that the State cannot obliterate the constitutional requirement of ceiling limit of 50% and if that is breached, equality and quality under Article 16 would collapse.