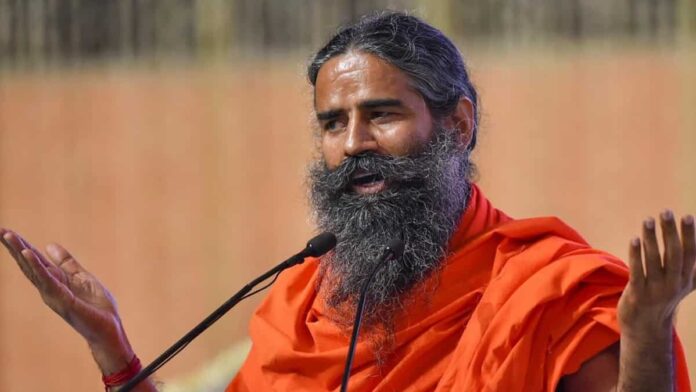 Today, the Delhi High Court refused to restrain Baba Ramdev from making any statements against the use of allopathic medicines or in favour of Patanjali’s Coronil as it stated that such remarks were just opinions and under free speech.

While hearing the case filed by Delhi Medical Association, Hon’ble Chief Justice C Hari Shankar remarked that any such opinions have to be tested with the anvil of Article 19(1)(a).

When the DMA argued that Ramdev’s opinion on Coronil and allopathic medicines was of grave importance, the Bench stated that it didn’t think that the allopathic profession was fragile.

After hearing both sides, the Court had issued the summons in the case.

Since some time had passed since the alleged comments were made, there were objections regarding the maintainability of the suit. Still, the Court refused to pass any orders without hearing Baba Ramdev.

At the outset, the Bench asked the Counsel if this a Section 91 suit and the Counsel can’t be canvasing anything of public interest, and this time should be spent finding the cure of the pandemic and not wasting the Court’s time.

Senior Counsel Rajic Dutta, who appeared for the plaintiffs, stated that the suit was regarding the civil rights of the doctors. He further stated that Ramdev was calling doctors names and was calling science fake.

He also stated that Ramdev was calling Coronil as a cure for Covid-19.

The Bench remarked that the plaintiff should have filed a PIL instead.

A reference was also made to alleged videos wherein Ramdev can be seen stating that thousands of doctors have died due to Covid. The Court replied that such statements have to be first tested under the anvil of Article 19.

Senior Advocate Rajiv Nayar who appeared from Ramdev raised objections regarding the maintainability of the suit. He further stated that Ramdev had retracted the statement on 22nd May.

They asked Ramdev not to make any further statements. Mr Nayar then urged the Court not to make the direction as part of the order, and the Court agreed.

The Court proceeded to issue a notice in the case and listed the matter after three weeks.