Why has Jailed Lalu Yadav been shifted to a bungalow? Asks Jharkhand High Court 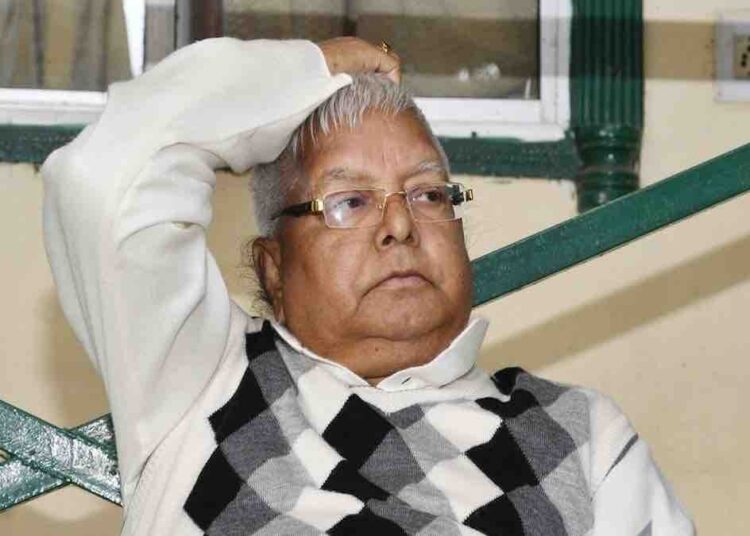 494
SHARES
1.4k
VIEWS
Share on FacebookShare on TwitterShare via WhatsappShare via EmailPinterest

On Friday, the Jharkhand High Court pulled up the state government for shifting Lalu Prasad Yadav from a self-paying ward of Rajendra Institute of Medical Sciences (RIMS) to the Bungalow of the hospital director and then back to the ward, which is a breach of the Standard Operating Procedure (SOP).

Lalu Prasad is serving imprisonment for his role in the fodder scam and was treated at RIMS for the past two years. He was shifted to the Bungalow of the Director in August 2020 due to spread of Covid-19 and was shifted to the ward in October.

While hearing the case, the Bench remarked that government functions as per law and not per individual wish. It is alleged that Lalu violated manual jail provisions and availed facilities that were not available to other prisoners.

The Bench further stated RIMS management failed to clarify why they shifted Lalu to the director’s Bungalow.

Earlier, the Court quizzed the state government about under which rules Lalu was provided extra facilities and how Prasad could get helpers while he was lodged in jail.

In its reply, Inspector General (Prison) stated that Lalu was shifted to the Bungalow on recommendations of the Doctors. The IG also stated that the jail manual was not clear about facilities to prisoners undergoing treatment. In his report, the IG also stated that there is no standard procedure for proving helpers to ailing prisoners and assures the Court that the government is in the process of bringing in a Standardised Operating Procedure for the same.

The Bench asked the government to send in the SOP by 22.1.2021( next date of hearing) and adjourned the case.