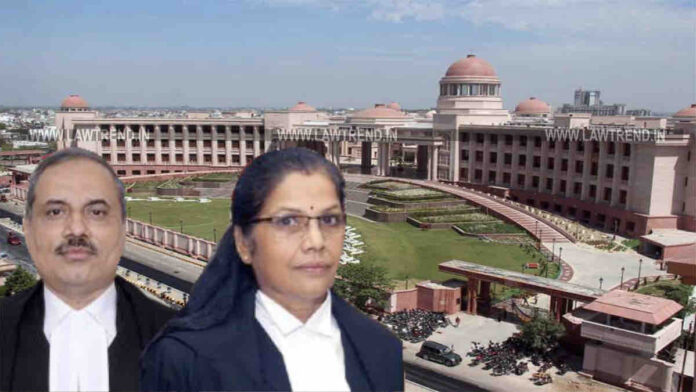 The Allahabad HC on Tuesday ruled that, where there is an eye-witness account and direct evidence then delay in sending the F.I.R. to the concerned Magistrate is immaterial.

The bench of Justices Ramesh Sinha and Saroj Yadav was dealing with the appeal filed challenging the judgment and order passed by Additional Sessions Judge arising out of Case Crime registered under Sections 302/34, 120-B and 506 of the IPC wherein trial Court convicted the appellant Lal Bahadur Patel, under Sections 302 IPC and acquitted co-accused Vimal Kumar Patel and Smt. Ramkali, under Sections 120-B and 506 IPC.

It is a case of matricide wherein the appellant-Lal bahadur Patel allegedly killed his mother for the dispute over the money received by his mother on the death of her husband and father of the convict, who was a Government employee and died during his employment.

Whether the appellant can be convicted for the offence punishable under Section 302 IPC?

High Court noted that “the counsel for the appellant also argued that the copy of the F.I.R. was not sent to the Magistrate concerned within the time prescribed under the law, hence adverse inference should be drawn against the prosecution. This argument is not tenable because where there is an eye-witness account and direct evidence then delay in sending the F.I.R. to the concerned Magistrate is immaterial. Therefore, F.I.R. cannot be termed as ante-timed and it cannot be treated as fatal.”

The bench stated that charges levelled against the appellant Lal Bahadur Patel under Section 302 IPC beyond reasonable doubt and the trial Court rightly relied upon the evidence of prosecution. An eye witness account was there; recovery of weapon of offence and the blood stained shirt was made at the pointing out of the appellant Lal Bahadur Patel. In the forensic examination blood was found on the recovered articles. Furthermore, there was no reason for false implication of the appellant.

High Court observed that so far as co-accused persons Vimal Kumar Patel and Ramkali are concerned, the prosecution could not prove the charges levelled against them beyond reasonable doubt as there is no recovery from their possession or at their pointing out. The trial Court rightly gave them benefit of doubt. It is well settled that acquittal recorded by the trial Court would not be disturbed if the view of the trial Court is a possible view.

In view of the above, the bench rejected the appeal.

Sec 9 A&C Act: Non Fulfilment of Condition for Enforcement of Bank Guarantee in Terms of Agreement Between Parties No Ground to Grant Injunction:...