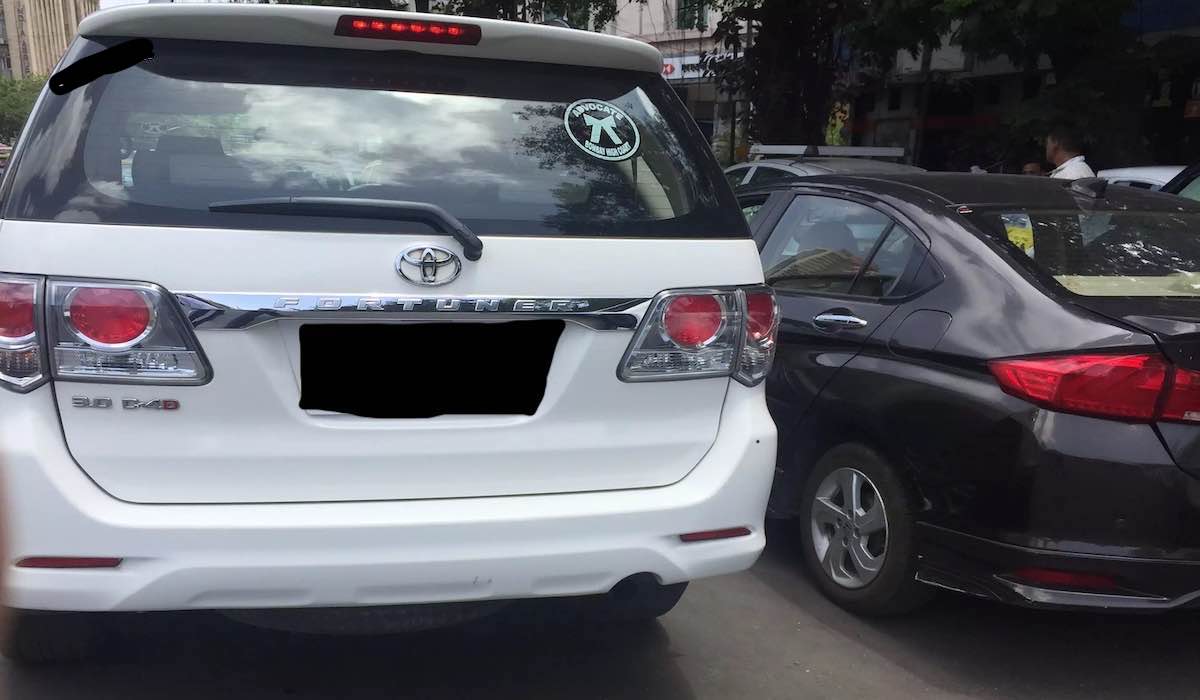 Due to the alleged misuse of Advocate stickers on vehicles, the Madras High Court is contemplating to do away with this system altogether.

On Tuesday the Madras High Court observed that the Advocate stickers are widely misused and people were using it to escape the law and were joining the profession for this sole reason.

Hon’ble Justice Kirubakaran questioned the legal sanctity of the Advocate sticker, where is the provision for such a thing and if there was no rule or statute from which it drew its power.

When the case was heard on Tuesday, Counsel representing the Bar Council of Tamil Nadu and Puducherry informed the Bench that a resolution had been passed which prohibits the misuse of the Advocate sticker and the relevant police authorities have also been informed.

It was also suggested that only the bar Councils should be allowed to issue the stickers, but the Bench had its reservations and remarked that the stickers could be fabricated quite easily.

In this regard, the Bench observed that these days people were fabricating calling letters and NEET cards so fabricating an Advocate sticker will not be too difficult for such people.

Another submission that was made during the hearing was that stickers were used to make sure that non-lawyers do not take over the limited car parking space that was available in the Court premises.

However, the Bench pointed out that any lawman cannot just waltz in the Court premises and when there is suspicion people are asked to produce their Bar Council id.

Hon’ble Justices further observed that some lawyers refuse to show their id cards and act like they were Presidents of America which creates further problems.

Another Counsel submitted that it was not always possible to show their ID cards as they might be rushing to Court for a hearing, to this, then Bench told the lawyer can counsels commit to showing their ID cards when police personnel asks for it?

At the end of the hearing, the Court directed lawyers can approach the Madras High Court registry to get parking spots assigned to enrolled lawyers the same way it’s done at the principal Bench of the High Court of Chennai.

Lawyers should not demand respect but command it:

Another submission was that lawyers have not claimed that they were a privileged class, but stickers were necessary for identification and to secure parking spots. The Countered this line of argument by stating that the stickers were misused and even the taxis were using it.

A counsel submitted that a system should be set up, and only the Bar councils should be allowed to issue the stickers and people who are misusing it should be punished for impersonation.

The Counsel argued that the police have failed to take action against vehicles that were found misusing the sticker.

During the hearing, the Bench also added that there were over 1800 law colleges and more than 5 lakh law graduates are passing out from colleges and purchasing the stickers.

The Bench further observed that there were some colleges where there was no need to write exams or study, but people buy degrees just by paying the fees.

Before concluding the hearing, the Bench stated that written arguments might be filed before the Court, and DGP’s response was also taken record.