When Proceedings of Non-Compoundable Offence Can be Quashed? Allahabad HC 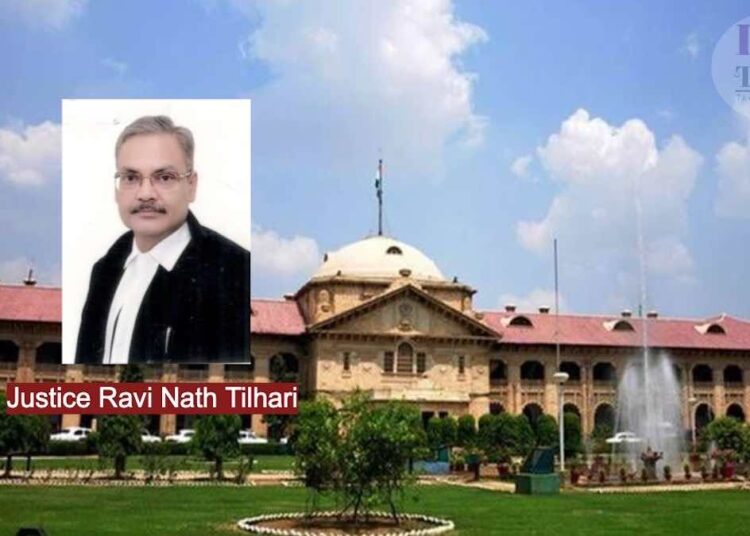 800
SHARES
2.3k
VIEWS
Share on FacebookShare on TwitterShare via WhatsappShare via EmailPinterest

The Allahabad High Court has held that in exercise of power under section 482 CrPC proceedings of even a non-compoundable offence can be quashed on the basis of compromise, such as matrimonial dispute.

The Applicant Pooja Mishra was married to Deepak Mishra son of opposite party no.2 complainant. The opposite party no.2 filed an application under Section 156(3) Cr.P.C., which was allowed directing the police to register FIR against the applicant, and in pursuance thereof, the FIR was registered on 21.04.2016. After investigation, the investigating officer submitted a charge sheet.

Besides above, at the instance of the applicant an FIR under Sections 498-A, 323, 307, 504, 506, IPC was also registered on 27.03.2016 against the present opposite party no.2 alongwith his other family members. In the said case also after investigation charge sheet was submitted.

The counsel for the applicant submitted that during the pendency of the application under Section 482 Cr.P.C., the parties to the dispute, arrived at a settlement and have resolved their disputes amicably and in furtherance thereof the parties jointly filed case No.204 of 2020, under Section 13-B of the Hindu Marriage Act before the Principal Judge Family Court, Kanpur Nagar.

Counsel for the applicant submitted that in view of the compromise/settlement between the parties and the same also having been acted upon in as much as on the basis thereof, case for divorce by the parties concerned having been filed the criminal case filed at the instance of Respondent No.2 be quashed.

Hon’ble Justice R N Tilhari observed that there is no dispute that, the dispute between the parties was predominantly a matrimonial dispute. Both the sides lodged FIR against each other side, in which the respective charge sheet were filed. There is also no dispute that during pendency of the case, the parties have arrived at a settlement/compromise and thereby have amicably resolved their matrimonial dispute, and in furtherance thereof, case for dissolution of marriage by a decree of divorce by mutual consent was also filed.

The Court referred to several judicial precedents on the issue:

Wherein it has been consistently held that the proceedings of even a non-compoundable offence can be quashed on the basis of compromise, such as matrimonial dispute in which type of cases the settlement is to be encouraged, this Court finds it a fit case to quash the proceedings of the criminal case alongwith the charge-sheet, in exercise of inherent powers, in order to prevent abuse of the process of the Court and to secure the ends of justice, as no useful purpose would be served in keeping and proceeding with the criminal proceedings, which would be oppressive to the applicant and opposite party no.2 both.

In view of the above the court quashed the criminal proceedings.