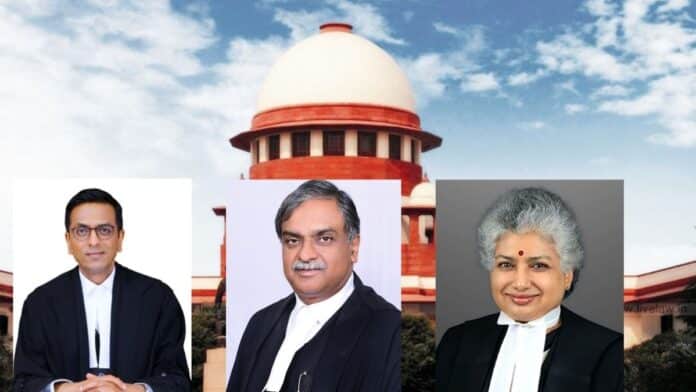 Recently, the Supreme Court, while dealing with a case, formulated the principles about the power of the Court to order a retrial in a criminal case.

The Top Court has said that retrial can be ordered only in exceptional circumstances to avoid a miscarriage of justice.

A Bench of Justices DY Chandrachud Vikram Nath and BV Nagarathna, further observed that if the case is re-directed for re-trial then the record and evidence of the previous trial gets completely wiped out.

In the instant case, allegations for rape were leveled against the accused (Balwinder Singh, Gurpreet Singh, and Sandeep Singh).

The convicts and the mother of the victim moved to the High Court which ordered a retrial.

When the case reached the Supreme Court, it observed that parties were unable to prove that separate trials led to a miscarriage of justice.

In this context, and after referring to various judgments, the Supreme Court formulated the following principles regarding retrial of cases.

The following are some scenarios when a Court can order a retrial.