What Will happen if the US Presidential Election ends in Tie? 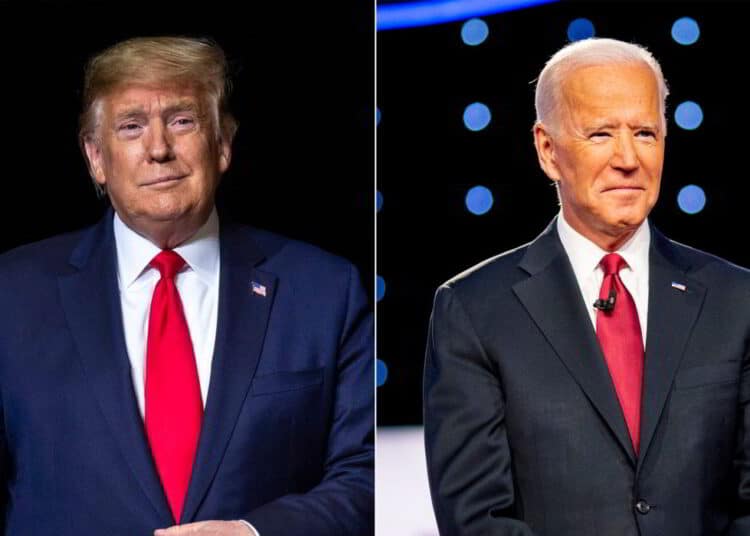 538
SHARES
1.5k
VIEWS
Share on FacebookShare on TwitterShare via WhatsappShare via EmailPinterest

As you might already know, counting of votes in the US elections is already underway, and just a few key states are left to declare the count of their votes.

However, the current US President, Mr Donald Trump, has already declared that he wants a recount to be done in some states.

This leads us to the question, what might happen if the US presidential elections are disputed?

There are several scenarios and situations which might occur if the results are disputed. Some of them are listed below:-

As per the early voting data, Democrats are leading the charge when it comes to mail-in voting. States like Wisconsin and Pennsylvania where mail-in votes are not counted till the day of the election, seem to favour President Trump as they are slow to count mail-in votes. Democrats have raised a legitimate concern that Trump might declare victory even before those votes are tallied.

Both the parties might file lawsuits over ballot counting procedures in battleground states if the election result is close. Cases which are filed by individual states might have to be adjudicated by the US Supreme Court as had happened in the year 2000 when George Bush had won over Democrat candidate Al Gore by 537 votes in Florida after Florida halted a recount.

One thing that might favour President Trump is that in the Supreme Court six Judges are registered Republicans while three are democrats and then this could help Trump in case of a contested election.

Trump has already made a statement that he might move the Supreme Court.

As you might already know, in the United States of America, Presidents are not elected by a majority of popular votes. As per the US Constitution, the candidate who wins the majority of 538 electors, also known as the Electoral Collage, is declared the President.

In most cases, the candidate who wins the popular vote in a state earns the State’s electors. The electors will meet on December 14 to count their votes. On January 6, both the chambers of Congress will get together, count their votes and declare the winner.

Generally, the Governor of a state certifies the result of his State and shares the information with the Congress.

Some researchers and academics have outlined a situation in which the legislature and the Governor submit two different results for the State. According to legal experts, there is ambiguity about this situation, and it is unclear whether the Congress will accept the Governor’s electoral count or not consider the State’s electoral vote at all.

If such a scenario occurs, then it might be governed as per provisions of the Electoral Count Act(ECA).

As per the Electoral Count Act, each chamber of Congress will decide which slate of duelling electors will be accepted. As of now, the Democrats have control over the House of Representatives while the Republicans control the Senate. However, the electoral count is done by the new Congress which will be sworn in on January 4.

If there is a disagreement between the two chambers, it’s not clear what will happen.

The ECA states that the decision of the electors approved by each State will prevail. We want to mention that this law has never been interpreted or tested by Courts.

Both the parties also have the option to approach the Supreme Court to resolve any congressional deadlock. Still, it’s not clear if the Supreme Court would want to interfere in the counting of Electoral Votes.

If both the candidates are unable to secure a majority of electoral votes, then it might lead to a contingent election as mentioned in the 12th Amendment of the American Constitution.

In simple terms, it means that the Senate will select the Vice President while the House of Representatives will choose the President.

Each State of the House can cast a single vote. Currently, Republicans control 26 of 50 state delegations, while the Democrats control 22. One State is split evenly while the other has a single Libertarian, six Republicans and seven Democrats.

In case there is a tie, then a contingent election might occur.

If there is any dispute, then it would ensue after the deadline of January 20, when the term of the present President ends.

As per the Presidential Succession Act, if the Congress is unable to declare a President and Vice President by the end of the deadline, then the Speaker of the House will serve as the acting President.