What is Kangaroo Court? Why Is It Being Refereed to in India? 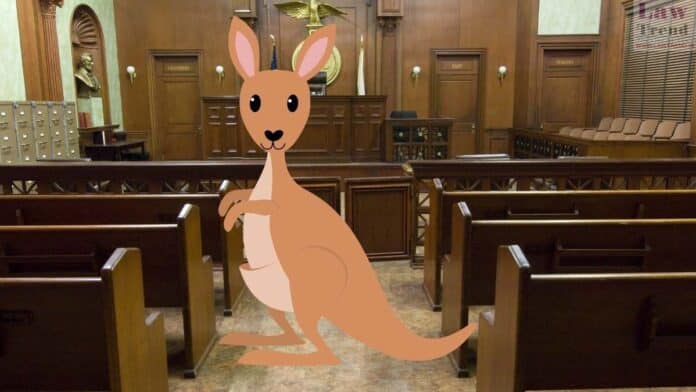 Recently the Chief Justice of India N V Ramana stated that the “increasing number of media trials” are proving to be impediments to justice, and that “Kangaroo Courts” run by the media are harming the democracy’s health.

“I urge the media, particularly the electronic and social media, to behave responsibly,” he said at the inaugural lecture in Ranchi in honour of Justice Satya Brata Sinha.

“Now the problem has been multiplied by the electronic and social media especially with the use of tool kits. At various stages and forums, it has been seen that ill-informed and agenda driven debates are being undertaken by media running Kangaroo Courts.“

What exactly is a Kangaroo Court?

The Oxford Dictionary defines it as

“an unofficial court held by a group of people to try someone suspected of a crime or misdemeanour, especially without good evidence.”

As per Merriam Webster’s Dictionary:

OR a court characterized by irresponsible, unauthorized, or irregular status or procedures

In a less literal sense, it refers to proceedings or activities in which a decision is made in an unfair, biassed, and unjust manner.

It is said that the kangaroo courts gained their name from their early quick and unpredictable movement from one location to another, or that they were somehow related with “jumping” (i.e., unlawfully occupying) mining claims.

When did the term “kangaroo” first appear, and why was it chosen?

In a Sydney Morning Herald article, Roly Sussex, Emeritus Professor of Applied Language Studies at the University of Queensland, stated, “The term first appeared in California, around 1849-1850.” At the time, there were approximately 800-1,000 Australian prospectors digging for gold. Locals quickly learned that (our forefathers) would occasionally make unofficial decisions.”

Sussex contends that these people may have devised their own, fair or unfair, systems for deciding on claims to land where deposits were discovered.

Another theory relates to the animal’s unusual hopping movement as well as the historical aspect. The phrase could have been used to describe proceedings in the same era, “often held by mutineers or prisoners,” including “dodgy practises by itinerant judges hopping from one jurisdiction to another,” according to Steven Poole, a journalist who writes about language and its usage over time, in The Guardian.

Why the term “Kangaroo Court” is used in India?

The usage of term “Kangaroo Court” in India is related to rising impact of Social and Online Media, which is not regulated very effectively. The Twitter, Facebook and other Social Media platforms are being used to judge people and create a opinion on any issue.

Similarly it is being used to give Judgments/verdicts in those cases which are before the Court of Law and such verdict of “Kangaroo Courts” are usually based on ethinicity, religion and gender of the person who is being tried by such courts.

Recently, it has been seen that online and print media delivers its verdict way before the case starts in actual court of law, and this cannot be denied that such course of action does some how impact the actual proceedings and in fact it prejudices the courts/judges also.