We are very cautious about making oral remarks during VC hearings: Karnataka HC 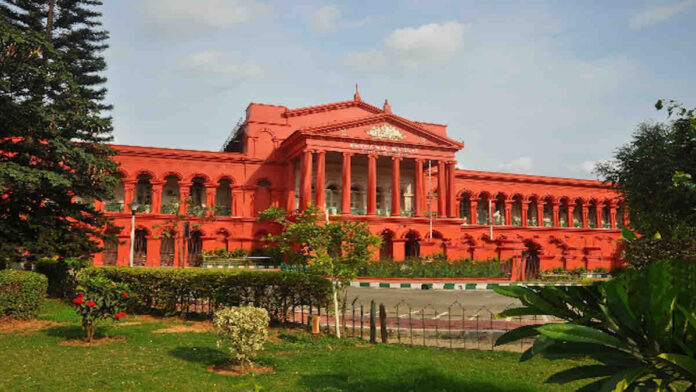 The unknown aspect of virtual hearing made public might be that judges become more cautious while making oral remarks during court hearings.

A Bench of Karnataka High Court remarked that it has become cautious when hearing cases through video conferencing.

The Bench of Hon’ble Justice Satish Chandra Sharma and Hon’ble Justice Nataraj Nagaswamy stated very cautiously. They don’t know who is listening and who is not listening, but as links for the virtual conference are available to everyone, it is an open court now.

These observations were made when the Court was hearing two pleas moved by Flipkart and Amazon against a Single Judge order who dismissed their petitions challenging a probe by the Competition Commission of India for violation of competition laws.

The Bench made the statement after Senior Counsel Gopal Subramanium appreciated the Bench for a comment it made during a previous hearing that highlighted doctors’ services amid the pandemic.

In this context, Senior Counsel Harish Salve stated that many media houses had misinterpreted the remark made during the hearing.

On the other hand, Mr Subramanium submitted that misreporting lawyers’ comments might lead to occupational hazards.

The Bench stated that lawyers have alternate platforms for debate, but the Court does not have that as well.

It’s been a year since Karnataka High Court switched to virtual hearing mode. The Court had started physical hearings but had to move to VC mode amid the second wave of the pandemic.

Regarding the SIngle Judges’ order, Amazon submitted that the Court had failed to appreciate that an online eCommerce site is designed to promote competition and can’t be declared anti-competitive if there is no convincing evidence.

The Court will continue to hear the case today (23rd May).