VOLINI files complaint against a company for copyright infringement 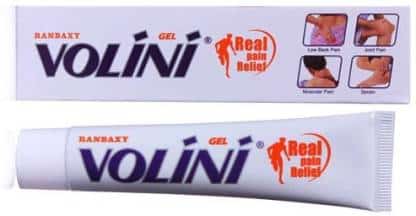 VOLINI Gel Company has filed a complaint against a company alleging copyright infringement. They have also filed a petition before the Madras HC seeking a restraint against the defendants from passing off their products VOLINAC and/or VOLINAC ACTIV as if they the products of the plaintiff who has the registration for the word marks VOLINI and VOLINI ACTIV and also an order of injunction restraining the defendants from infringing the said registered mark of the plaintiff.

It is pointed out by Mr.S.Diwakar that the defendant appears to market similar products of VOLINI under the name VOLINAC. Adoption of the name VOLINAC by the defendants is with intention to deceive the general public and to give out an impression that the said product is yet another product of VOLINI. It is stated that thereby the defendants had encroached upon the goodwill and reputation built by the VOLINI and are attempting to pass off their products as if they are the products of the VOLINI.

The learned counsel also stated that the mark VOLINI had been recognized as a well-known mark. It is also seen that the defendant’s products are available in Chennai. It is under these circumstances, that the suit had been filed seeking a restraint against the defendants from passing off their products VOLINAC and/or VOLINAC ACTIV as if they the products of VOLINI who have the registration for the word marks VOLINI and VOLINI ACTIV and also an order of injunction restraining the defendants from infringing the said registered mark of the plaintiff.

The HC after hearing the learned counsel on behalf of the petitioner observed that a prima facie case has been made out by the VOLINI to seek protection of their registered mark VOLINI and also of any combination by usage of the mark VOLINI and in particular by usage of the mark VOLINAC. The balance of convenience is also in favour of the plaintiff and the plaintiff would be put to much loss and hardship if the defendants were to continue to market their product VOLINAC to the detriment of the reputation and goodwill of the plaintiff.

Consequently, an order of interim injunction was passed by the HC.