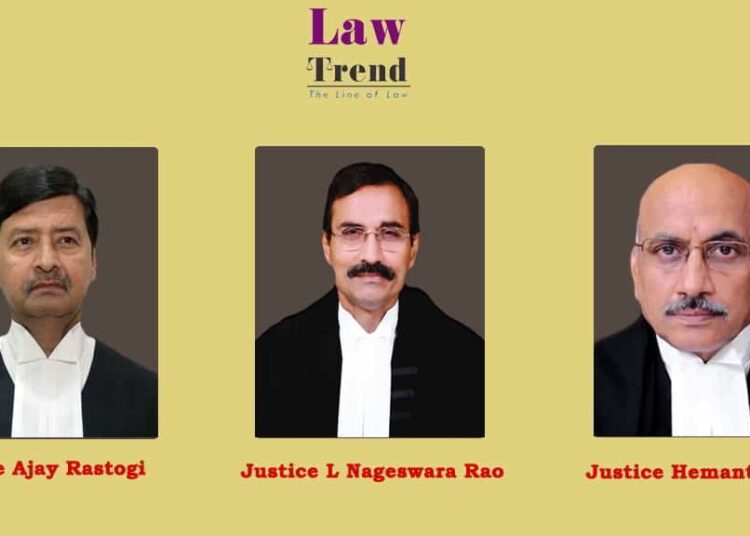 1.6k
SHARES
4.5k
VIEWS
Share on FacebookShare on TwitterShare via WhatsappShare via EmailPinterest

It was further clarified that an offence under the ST/SC Act is not established merely on the fact that the complainant is a member of SC/ST community and accused is upper caste, unless there is an intention to humiliate a person belonging to ST/SC for the sole reason that the person belongs to such caste.

Hon’ble Court observed that in the instant case, parties were litigating over possession of the land and the allegation of abuse was against the person who claims to hold the title of the property in question. If such a person happens to belong to the SC/ST community, the offence u/s 3(1)r of SC/ST Act is not made out.

Hon’ble High Court had dismissed a plea filed by Hitesh Verma u/s 482 of CrPc where prayer for quashing the charge sheet and summoning order passed against him was made.

A complaint against the appellant was filed, and he was accused of forcefully entering the house of the respondent and hurling casteist abuses and threats.

As per the respondent, the appellant had targeted her caste and had threatened to kill her.

Based on the respondent’s statement, an FIR was registered against the appellant u/s 506 and 452 of IPC and under Section 3(1)(r) of SC/ST Act.

The reasoning of the Court:-

The Court observed that the intention behind the SC/ST Act was to punish the acts done by upper caste people against people from the vulnerable sections of the society for the reason that they belong to a particular community.

It was noted that the essential ingredients of an offence u/s Section 3 (1)(r) were:-

The Court held that in the instant case, the scene of action happened inside a house where no members of the public were present therefore the second condition of Section 3(1)(r) was not satisfied.

It was observed that there was a dispute to the title of a property, and the offence was not connected to the caste of the complainant.

The order passed by the Supreme Court

The offence made out under Section 3(1)(r) of the SC/SC Act was quashed from the charge sheet, but the police were given liberty to investigate other charges that were made out.