Types of Bail in India- What is Anticipatory Bail? 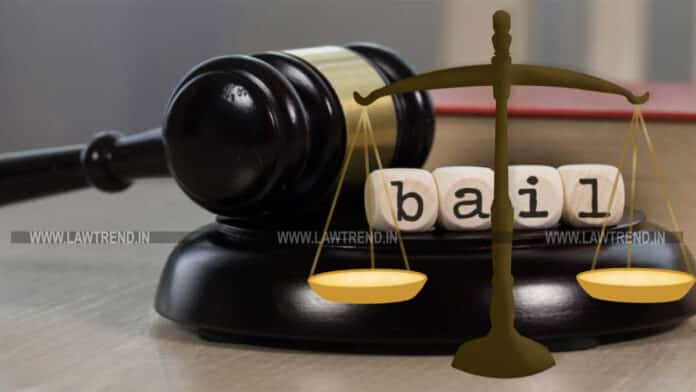 The Supreme Court in the case of “Sushila Aggarwal v. State of NCT of Delhi” reported in 2020 (5) SCC 1 delivered a significant verdict, ruling that no time limit can be set while granting anticipatory Bail and it can continue even until the end of the trial.

The Court made reference of India’s freedom movement claiming that arbitrary arrests, indefinite detentions, and lack of institutional safeguards played an important role in rallying the people to raise the demand for Independence.

BAIL AND ITS TYPES

Definition: Bail is the conditional/provisional release of a person held under legal custody (in matters which are yet to be pronounced by the Court), by undertaking a promise to appear in the Court as and when required. It signifies a security/collateral deposited before the Court for release.

Types of Bail in India:

Regular Bail: It is a direction given by the Court (any Court within the country) to release a person who is already under arrest and kept in police custody. For such Bail, a person can file an application under Section 437 and 439 of the CrPC.

Interim Bail: Bail granted for a temporary and short period by the Court till the application seeking Anticipatory Bail or Regular Bail is pending before a Court.

Anticipatory Bail: A direction issued to release a person on Bail even before the person is arrested. In this situation, there is apprehension of arrest and the person is not arrested before the Bail is granted. For such Bail, a person can file an application under Sec. 438 of the Code of Criminal Procedure (CrPC). It is issued only by the Sessions Court and High Court.

Note: Section 438 of the CrPC lays down the provisions on anticipatory Bail:

Sec. 438(1): When any person anticipates that he/she may get arrested on an accusation of having committed a non-bailable offence, he/she may apply to the High Court or the Court of Session for a direction under this Section. The Court may direct (if it thinks fit) that in the event of such arrests, he/she shall be released on Bail even before an arrest is made without subjecting him/her to further restraints.

Sec. 438(2): When the High Court or the Session Court makes a direction under Sec. 438(1), it may lay down certain conditions in the light of the facts of the particular case, as it may think fit.

Anticipatory Bail became part of the CrPC in 1973 after the 41st Law Commission Report (1969) recommended for the inclusion of such provision. It was included to protect the arbitrary violation of the right to personal liberty of the person.

Sometimes influential persons try to implicate their rivals in false cases for the purpose of disgracing them or for other purposes by getting them detained in jail.

Apart from false cases, when there are reasonable grounds for believing that a person accused of an offence is not likely to abscond or misuse his liberty while on Bail, then there is no need to first submit him to custody, make him/her remain in prison and then apply for Bail. In such cases, Bail could be granted earlier.

As arbitrary arrests (often leading to harassment and humiliation of citizens) continue to be a pervasive phenomenon in the country, therefore, the protection to people should be given. And this was the underlying reason for the enactment of Sec. 438 in the CrPC, which even received the Parliamentary acceptance as “crucial underpinning to shield individual’s personal liberty in a free and democratic country.”

Ø Gurbaksh Singh Sibbia vs State of Punjab reported in (1980) 2 SCC 655 case: SC ruled that “Sec. 438(1) should be interpreted in the light of Article 21 (protection of life and personal liberty) of the Constitution.” Granting of anticipatory Bail as a matter of right of an individual should not be limited by time.

The Court could impose appropriate restrictions on a case-by-case basis.

ØSalauddin Abdulsamad Shaikh vs State of Maharashtra reported in 1996 AIR SC 1042 case: SC overruled its earlier judgment and held that “granting of anticipatory Bail should be limited by time.”

Due to such divergent views, the Court had to decide on two questions in the recent case of “Sushila Aggarwal v. State of NCT of Delhi” reported in 2020 (5) SCC 1, Should there be a fixed time period to seek anticipatory Bail, so as to enable a person to surrender before the Trial Court and seek for regular Bail? Also, should the life of anticipatory Bail end at the time of summoning by the Court? Can Courts impose any conditions while granting such Bail or not?

Also, recently the SC in the Prathvi Raj Chauhan vs Union of India reported in (2020) 4 SCC 727 case, observed that provisions

of anticipatory Bail (Sec. 438) shall not apply to the cases under Scheduled Castes and Scheduled Tribes (Prevention of Atrocities) Act 2018.

The recent decision of the Supreme Court in the case of P Chidambaram v. Directorate of Enforcement reported in 2019(9) SCC 24 yet again gives rise to the eternal debate between custodial interrogation and anticipatory bail.

There is nothing in CrPC that indicates the grant of anticipatory Bail should be time-bound.

However, under CrPC, it is discretionary power of the Court to decide on a case-to-case basis (depending upon the stage at which the Bail application has moved or prevalence of any peculiar circumstances necessitating to limit the tenure) and impose a time limit while granting pre-arrest Bail.

Also, this duration primarily does not end after first summoning by the Court and can continue till the end of the trial period.

If any Court wants to limit the Bail, it can attach special features or circumstances warranting the same.

The Court while granting anticipatory Bail, should examine the seriousness and gravity of the offence (like nature of the crime, material placed on records, etc.) to impose any condition on the petitioner, if necessary.

The police can reach the Court seeking permission for arrest in case of breach of such imposed conditions.

Application for anticipatory Bail could be filed by a person before the FIR (First Information Report) as soon as the facts make clear there is a substantial reason for the arrest.

Appellate jurisdiction to check the correctness of the granted Bail lies with the superior Court on the request of the investigating agency or the State.

An application for anticipatory Bail can be filed in cases of both bailable and non-bailable offences. While in the former situation, the Bail is granted as a matter of right, the grant of Bail in the latter situation is not a matter of right but a privilege & is at the behest of the discretionary power of the Court.

Bailable Offence: Sec. 436 of the CrPC lays down provision for granting Bail to a person accused of any bailable offence under the IPC.

Bailable offences are offences or crimes that are not very serious in nature and include: unlawful assembly (Sec. 144 of CrPC), payment of bribe during elections, fabrication of false evidence, participation in riots,

Non-bailable Offence: Sec. 437 of the CrPC lays down the power of court to grant Bail to a person accused of committing a non-bailable offence under the IPC. Non-bailable offences are grave and serious offences which include: sedition, waging or attempting to wage war against the government, counterfeiting of Indian currency, murder (Sec. 302), dowry death (Sec. 304B), abetment of suicide, trafficking of a person, rape (Sec. 376), etc.

The anticipatory Bail is granted on the basis of the following factors:

·  Nature and gravity of the accusation.

·  Applicant’s possibility of fleeing from justice.

·  Previous cases against the applicant including any previous  convictions or cases of a cognizable offence. Cases of Bailable Offence:

·  If there are sufficient reasons to believe that the accused has not committed the offence.

·  As per the Court, if there are sufficient reasons to conduct further enquiry into the matter.

·  If the person is not accused of a crime which is punishable by death, life imprisonment, or imprisonment up to 10 years or more.  Cases of Non-bailable Offence:

·  If the accused is a woman or child,

·  If there is a lack of adequate evidence,

·  If there is a delay in registering the FIR by the complainant,

·  If the accused is physically or gravely sick,

·  If there is corroboration about personal animosity between accused  and complainant.  Conditions Imposed by Court

·  Person shall not leave the country and travel abroad without the prior permission of the Court.

·  If a Court rejects the anticipatory Bail a person, he/she can be arrested by the police without a warrant.

·  Person shall make himself available for interrogation by a police officer (as and when required).

·  Person shall not (directly or indirectly) make any inducement, interference, threat or promise to any person acquainted with the facts of the case so as to dissuade him from disclosing such facts to the Court or to any police officer.  Cancellation of Anticipatory Bail  Sec. 437(5) & Sec. 439 of CrPC deal with the cancellation of anticipatory Bail. They imply that a Court which has the power to grant anticipatory Bail is also empowered to cancel the Bail or recall the order related to Bail upon appropriate consideration of facts.

A High Court or Court of Session may direct that any person who has been released on Bail by it- be arrested, and brought under custody after filing of an application by the complainant or the prosecution.

However, a Court does not have the power to cancel the Bail granted by the police officer.

Over the years, anticipatory Bail has acted as the protection (granted under Sec. 438 of CrPC) to safeguard a person against whom false accusation or charges have been made. It ensures the release of such falsely accused person even before they are arrested.

However the ethos , intent and texture of U P amendment of Anticipatory bail dt. 01-06-2019 warrants a relook to appreciate the provision in its adumbrated parameter .

Advocate Anurag Shukla is the Author of this Article.

Share
Facebook
WhatsApp
Twitter
Print
Pinterest
Previous article
Can the Concluded Transactions Be Permitted to Be Unsettled by the State at Strength of Pension Validating Act, 2021
Next article
[COLUMN] Abetment of Suicide viz. Teacher/ Principal of Educational Institution

Why Are Rent Agreements Only Made for 11 Months?