TWO CHILDREN NORM: A LEADING WAY OF PROSPERITY OR JUST A RESTRICTION 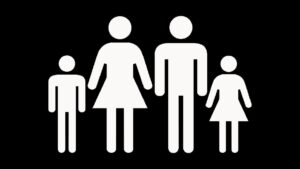 Law is a dynamic subject, and with the change in society, the course of Law also changes which results in the introduction of new Law every day. One such change is going to be introduced by the Government of U.P, according to which if someone has more than two children, he/she will not be eligible to contest Panchayat election.

As we know that India is the world’s 2nd most populous country and home to one-third of the world’s poorest 1.2 billion people, therefore the population is a big challenge for Government. It has been noticed that the fertility reduction has, therefore, always been a priority for Indian Policymakers because the problem of poverty and slow development is seen as fruits of a vast population. Sanjay Gandhi was the first one to introduce the two-child policy in India, after that in the year 2019; two private member bills were introduced in Rajya Sabha on the two-child system. The Population Regulation Bill 2019 and Constitution (Amendment) Bill 2020, simultaneously call for a two children norm.

Indian policy maker’s obsession, with reducing the country’s population growth is the primary concern because it acts as a barrier to economic growth. The Population Regulation Bill 2019, which was signed by 125 Members of Parliament had the following salient features:

On February 7th, 2020, the Constitution (Amendment) Bill, 2020 was introduced in the Rajya Sabha by Anil Desai, a Shiv Sena MP. Desai proposed to amend the Article 47A of the Constitution of India to state –

“The State shall promote small family norms by offering incentives in taxes, employment, education, etc. to its people who keep their family limited to two children and shall withdraw every concession from and deprive such incentives to those not adhering to the small family norm, to keep the growing population under control.”

Both the proposed bills are pending before the Parliament and yet take the shape of Law.

Enactment of the rule

Regarding the same provisions, on August 31st 2020 Shri Yogi Adityanath, the Chief Minister of Uttar Pradesh came up with a decision, where he stated that for the upcoming panchayat election the Government would bring in an amendment in the Panchayat Raj Act to enforce two-child norm for the contestants. In Uttar Pradesh, the Panchayat elections are due to be held on December 2020, but due to the unavoidable pandemic conditions, the State Government said that it might be shifted to 2021. U.P. Government is determined to bring a proposal in the cabinet for the amendment of the Panchayat Raj Act. As per news reports, the Bill is expected to be presented in the next session of the Legislative Assembly and the Government would likely implement new Law before the preparations for the proposed three-tier panchayat elections are completed in 2021.

It is to be noted here that Uttar Pradesh will not be the first state to bring such change in the Panchayat Raj system, as Rajasthan in the year 1992 was the first one to impose a two-child limit that prevents people with more than two children from contesting Panchayat election specifically at Village, Block and District level.

Rajasthan: The Rajasthan Panchayat Raj Act, 1994, states that if a person has more than two children, he/she will be disqualified from contesting the election as a panch or a member.

Gujrat: The Government amended the Gujrat Local Authorities Act in the year 2005, where it has disqualified anyone with more than two children from contesting election for bodies of Local Self Governance – panchayats, municipalities and municipal corporations.

Uttarakhand: The State Government had decided to ban people with more than two children from contesting panchayat election and also passed the Bill in Legislative Assembly. The decision was challenged before the High Court of Uttarakhand inthe case of Pinki Devi V/S State of Uttarkhand and Others. A Division Bench comprising Chief Justice Ramesh Ranganathan and Justice Alok Kumar Verma, held in their Judgment dated 19.09.2019 that this rule will be given prospective effect only and shall not affect those who have more than two children before July 25th 2019.

Orrisa: The Odisha Zilla Parishad acts as a bar to those individual with more than two children from contesting the election.

Every coin has two sides; similarly, the TWO CHILDREN POLICY will have its positive and negative impacts, which are adumbrated here:

In Javed& Ors V/S State of Haryana (2003) 8 SCC  369, popularly known as “TWO-CHILD NORM CASE” is a leading Judgment on the issue. Bunch of Writ Petitions and Appeals were filed before the Supreme Court challenging the constitutional validity of provisions of Section 175(1)(q) and 177(1) of the Haryana Panchayati Raj Act, 1994 (Act No. 11 of 1994). The Provision in question provided that “No person shall be a Sarpanch or a Panch of a Gram Panchayat or a member of a Panchayat Samiti or Zila Parishad or continue as such who has more than two living children”. However, it was also provided that a person having more than two children on or up to the expiry of one year of the commencement of this Act, shall not be deemed to be disqualified. The object behind such proviso was that If a woman has conceived at the commencement of the Act, then any one of such couples would not be disqualified.

The Provision was challenged on the following grounds :-

The Court, after giving due consideration to all the arguments and legal issued, held that:

In the case of J.Sharmila vs The Secretary To Government (W.P. M.D. No. 13555 of 2009, Madras High Court set aside a rule, which provided that a married woman Government servant is not entitled to get fully paid towards maternity leave availed if she has already two surviving children. The Court observed:

“A just social order can be achieved only when inequalities are obliterated and everyone is provided what is legally due. Women who constitute almost half of the segment of our society have to be honoured and treated with dignity at places where they work to earn their livelihood. Whatever be the nature of their duties, their avocation and the place where they work, they must be provided all the facilities to which they are entitled. To become a mother is the most natural phenomenon in the life of a woman. Whatever is needed to facilitate the birth of child to a woman who is in service, the employer has to be considerate and sympathetic towards her and must realize the physical difficulties which a working woman would face in performing her duties at the workplace while carrying a baby in the womb or while rearing up the child after birth. The Maternity Benefit Act, 1961 aims to provide all these facilities to a working woman in a dignified manner so that she may overcome the state of motherhood honourably, peaceably, undeterred by the fear of being victimized for forced absence during the pre- or post-natal period.”

The Court further added “It is suffice to state that if the intention of the State Government is to afford protection of the woman for her second delivery, then it should not be based upon the number of children she delivers during those two deliveries. The importance has to be seen only from the health point of the woman Government servant and not the number of children one delivers during each delivery.”

This kind of rule will not show immediate results, but it is very sure that it will cause a great impact in the long term and benefit the rate of development and maybe a cure of many social issued too. The Two-child Norm has both pros and cons, which exist in every Law; therefore, now it is up to the citizens and Government how to take up this Law and implement it. The success of family planning largely depends on people themselves, realizing the futility of having more children rather than the Government telling them what is right or wrong for them. Political interference in this sensitive issue needs to be discouraged. To achieve a stable, sustainable family planning, India requires to adopt a right based approach and focus on overall social development rather than coercive population control. Population control policies must be understood on a broad basis and beyond the fear of becoming the most populous country. The two-child system can cause more hurdles than it promises to solve if not implemented in the right way.  The two-child Norm policy will be very beneficial for India if it is well-executed, as Bertrand Russell said: “Population explosion is more dangerous than Hydrogen Bomb.”

-Swarnail Mukherjee (Intern) has done legal research and prepared brief on this Article.