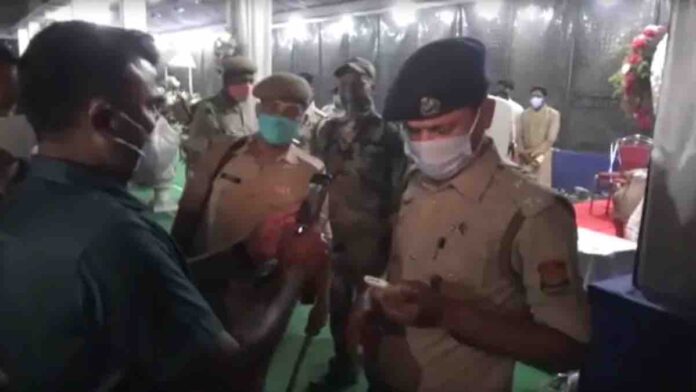 On Thursday, the Tripura High Court gave a green signal to the government to conduct an inquiry concerning a viral video of an incident that occurred in Agartala wherein the then DM stopped a marriage function.

The Division noted that the DM has been transferred out of Agartala and lifted rigours against the conduct of further inquiry instituted by the State.

These observations were made when the Court was dealing with three pleas filed in the case.

During the last hearing of the case, the Court had issued a slew of interim directions. It opined that DM’s transfer out of Agartala was necessary to conduct an impartial and inquiry into the incident.

After the incident’s video went viral, the State formed a two-member committee to look into the incident. Vide its order dated 02.05.2021, the State government had suspended the concerned DM.

In its order dated May 5, the Bench observed that one of the main issues of the case was that on the night of April 26, a wedding party was detained by police under the DM’s instructions. The detainees included women and children.

However, the respondents denied these allegations and stated that no one was detained, nor were any arrests made.

The respondents stated that the wedding party was brought to the police station due to curfew; they had no passage to go home. They also stated that women and children were sent to the Women Police Station.

The Court was not impressed with this statement and opined that there was no need to bring the people to the police station and safe passage to the party could be given from the marriage hall itself, and they (the Court) will minutely look into the allegations.

After noting the sensitive nature of the case, the Bench stated that a retired District Judge should also be part of the inquiry committee.

The Court passed the following orders in the case:-