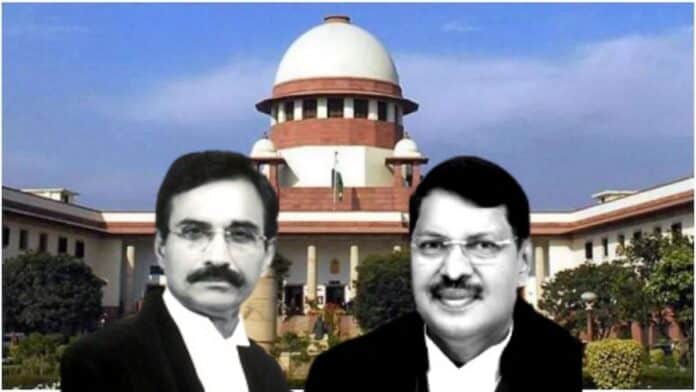 The Supreme Court, on Friday, dismissed a writ petition filed by a law student (final year) and expressed displeasure as he had filed the petition without understanding the scope of Article 32 of the Indian Constitution. In his plea, the petitioner had stated that there is a violation of citizens’ right to vote.

At the outset, the Bench of Justices L Nageswara Rao and Justice BR Gavai questioned the petitioner, who appeared in person about the scope of Article 32. The student replied that Article 32 is for Writ Petition and for the original jurisdiction of the Apex Court.

After hearing the submissions of the petitioner, the Bench decided to dismiss the petition and warned the student proceedings before the Supreme Court is not a Moot Court Competition and told him that the Court would have imposed huge costs but as the petitioner is a student the court showed leniency.

Lastly, the Court remarked that the petitioner had filed the plea so that his name could appear in the newspapers and asked the petitioner not to repeat the mistake.

Court Cannot Add Any Condition in Punishment Which is not provided in IPC, Rules P&H HC

Supplementary Charge Sheet Can’t be Withheld on the Ground of Pendency of Pre-Arrest Bail: HC

Only High Court has Power to Issue Notices for Contempt of Subordinate Courts, Rules Delhi HC