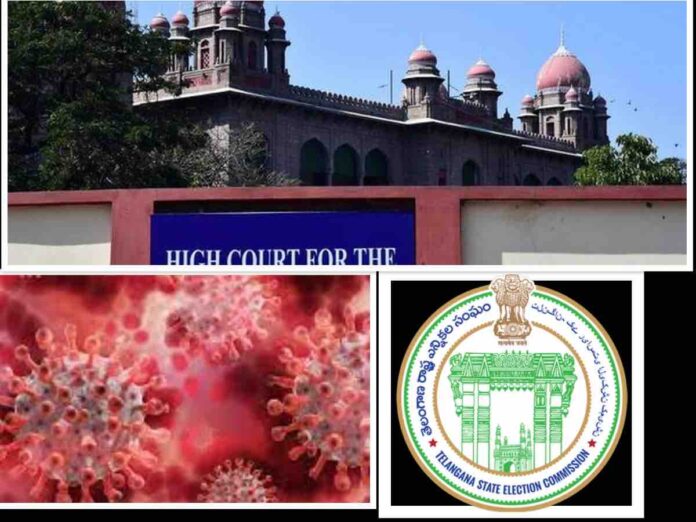 On Thursday, the Telangana High Court came down hard on the State Election Commission for allowing campaigning and holding local body elections amid the second wave of the Covid pandemic.

The Bench asked the Commission if elections were necessary when the Covid virus was creating such havoc. It further asked whether elections mattered or the lives of people.

In Telangana, Elections of Municipalities and Municipal Corporations are scheduled to be held on April 30.

In an earlier hearing, the Court had directed the Commission to file an affidavit mentioning, plan of action for managing voters at polling booths and places where counting of votes would be done.

During yesterday’s hearing, the Bench expressed its dissatisfaction and wanted to know if the Commission has considered postponing the elections.

They questioned why the elections were scheduled for April when the second wave had risen in February. The Court also asked the Counsel for  Commission about how many people they wanted to engage in conducting the election.

When the Counsel told the Bench that he wanted the Court’s leave to seek instructions, the Bench got irked and stated that the Commission would need many people to conduct the elections and the lives of such people would be at risk.

Hon’ble Court also disapproved of the State for permitting to hold elections during the second wave of the pandemic.

As per Section 195 of the Telangana Municipalities Act, State election Commission will decide the date of elections after consulting the State government. The Sections further reads that the State should consider various factors like internal situation, law and order concerns, natural calamities and epidemics/pandemics before deciding the date of elections.