Supreme Court Slams UP and Karnataka Govt For “Certificate Dismissals” 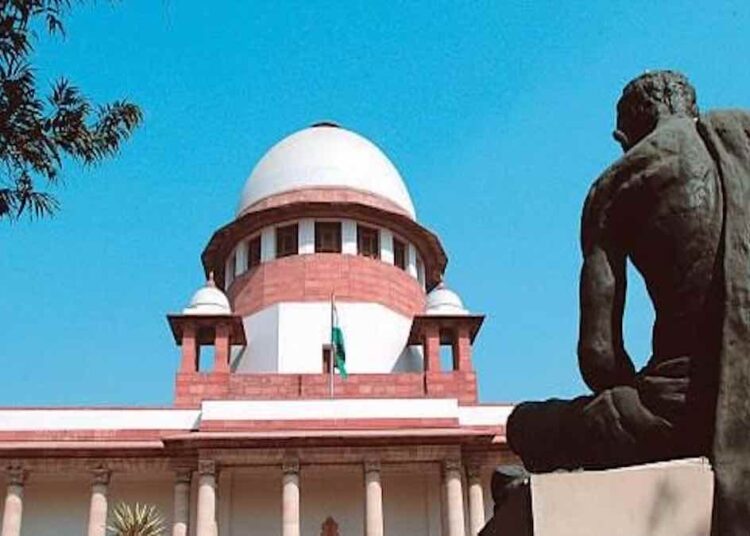 769
SHARES
2.2k
VIEWS
Share on FacebookShare on TwitterShare via WhatsappShare via EmailPinterest

On Friday, a three-Judge Bench of the Supreme Court imposed a cost of Rs. 25000 each on Karnataka and Uttar Pradesh’s state for their incompetence and lethargy in approaching the Supreme Court after a very long delay.

Costs on the erring states were imposed vide two different orders in SLPs filed by the two states requesting the Court to admit the SLP and condone the delay.

The Bench expressed their dissatisfaction with the states’ counsels and stated they had not raised any plausible or cogent ground for the condonation of delay.

In the instant case, Karnataka filed their SLP after 1288 days while UP filed the SLP after a delay of 502 days.

The Bench further observed that they have repeatedly discouraged public authorities and state governments from taking the approach to walk into the Supreme Court whenever they want while ignoring the statute of limitations.

The Court placed reliance on the Office of the Chief Post Master General & Ors. Vs Living Media India Ltd. & Anr where the Court ruled that government departments should perform their duties with commitment and that condonation of delay is an exception and governments should not use it as a benefit.

In this regard, the Bench observed that certificate cases have increased and are filed for the sole objective to save the skin of the officer who did not follow the due process of law. The Court also stated that they should refuse to grant such certificates to public authorities/governments. If they(government) suffer a loss, then the concerned officer should bear the consequences. The Court observed that no action is taken against the erring officer and at the most, they get a warning.

Therefore, the Court imposed a fine of Rs 25000 each on both the states and ordered that the cost be deposited to the Supreme Court Employees Welfare Fund within four weeks. The Court also directed that the amount should be recovered from the officers who caused the delay.