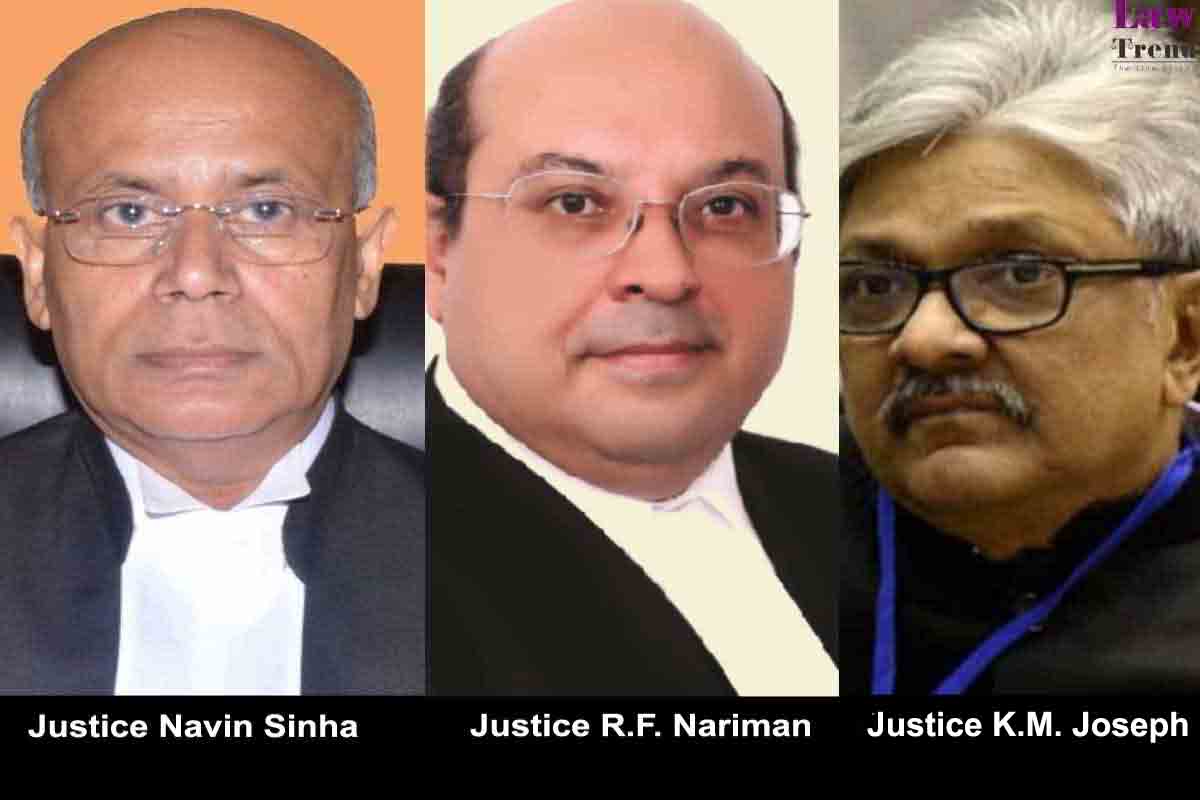 On Monday, a three judge Bench of the Court comprising Hon’ble Justice R.F. Nariman, Hon’ble Justice Navin Sinha and  Hon’ble Justice K.M. Joseph observed that right to default bail is not a mere statutory right but is part of the procedure established by law under Article 21 of the Constitution of India while granting bail to an accused.

Brief facts of the Case:-

As per the statement of a witness, on 18.11.2018, two young boys came on a motorbike and threatened the security guard(witness) with a pistol. One of the boys went inside Satsang Bhawan and threw a Hand Grenade on the stage and injured and killed some of the people who were holding prayers inside the Satsang Hall. After committing the act, they fled towards Adliwal village.

Based on the FIR, The Punjab State Police arrested the appellant Bkiramjit Singh on 22.11.2018. The sub-divisional magistrate remanded him to police custody. After his ninety-day custody expired on 21.02.2019, the appellant moved an application for default bail to the Sub-Divisional Judicial Magistrate, Ajnala. His application was dismissed, and the reason given for dismissal was that by order dated 13.02.2019 which custody was increased from 90 to 180 days under section 167 of the CrPc.

One day later on 26.03.2019, a charge sheet was filed before the Special judge. The appellants were charged under various sections of the IPC and explosives Substance Act.

Proceedings Before the Supreme Court:-

Arguments of the counsel for the appellants:-

Learned counsel for the appellants stated once a Special Court is set up to try all offences under UAPA then the Special Court will have exclusive jurisdiction to extend the period of remand from 90 to 180 days under Section 43-D (2)(b) of the UAPA.

Contentions of the Respondent State

It was argued that Section 10 of the NIA Act would affect the State Government’s power to investigate the case.

Further argument was that the investigation was done by the State Police and nit the NIA, so the Ilaqa magistrate had the right to extend the remend and dismiss the default bail application.

The Supreme Court opined that the High Court was incorrect in stating that once the prosecution presented the challan, the appellants right to default bail was extinguished.

It was further observed that just because the application for default bail was dismissed on 25.02.2019 would make no difference on the case.

On the ground that the bail application was dismissed because the Sub-Divisional Judicial Magistrate, Ajnala had extended the initial remand of 90 days, the Court opined that the Special Court alone had jurisdiction to extend the time to 180 days under the first proviso in Section 43-D(2)(b).

Decision of the Supreme Court

The Supreme Courtt allowed the petition and the order passed by the High Court was set aside. The appellants were ordered to be released on bail.

Title: Bikramjit Singh Versus The State Of Punjab